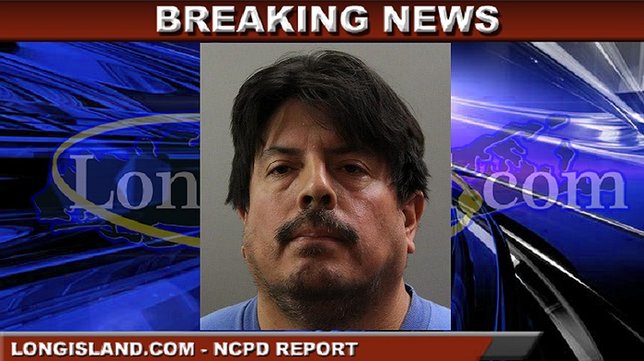 The Nassau County Department of Public Works will soon issue a Request for Proposals (RFP) to determine the feasibility of operating an existing non-utilized underground pipeline to connect the Bay Park Plant to the ocean outfall pipe at the Cedar Creek Wastewater Treatment Plant.

The Nassau County Department of Public Works will soon issue a Request for Proposals (RFP) to determine the feasibility of operating an existing non-utilized underground pipeline to connect the Bay Park Plant to the ocean outfall pipe at the Cedar Creek Wastewater Treatment Plant.

“A feasibility study will determine if existing infrastructure can support a connection to the Cedar Creek ocean outfall pipe,” said County Executive Mangano. “To strengthen our shoreline, protect our marine life and improve our environment for decades to come, it’s critically important to connect Bay Park to an ocean outfall pipe.”

After careful consultation with County engineers and the State Department of Environmental Conservation (DEC), Nassau County may have the ability to achieve the same environmental success in a cost-efficient manner by connecting the Bay Park Plant to Cedar Creek’s ocean outfall pipe.

Presiding Officer Norma Gonsalves stated, “I look forward to getting additional information on an interesting concept which has the potential to solve both the environmental and financial problems associated with the effluent for the Bay Park Sewage Treatment Plant.”

“The Bay Park Wastewater Treatment Plant is in the backyard of my hometown, and area neighbors have endured the adverse impacts associated with discharging treated waste into local bays for far too long,” stated Hempstead Town Supervisor Anthony J. Santino. “I am very supportive of studying any measures that could bring about the environmentally preferable alternative of ocean discharge of treated wastewater. Ocean discharge is better for our families, local marine life, fishing enthusiasts and the planet as a whole.”

“This innovative solution saves time, saves money and will save our western bays. It’s the best environmental news for Long Island in two decades. When this project is completed, these south shore bays will once again be abundant with fish, shellfish, shore birds and marine life. This will accelerate the restoration and recovery of these magnificent and essential bays and wetlands. Long Island’s future just got better,” said Adrienne Esposito, Executive Director of Citizens Campaign for the Environment.

“Any proposal which will improve the long-term safety and sustainability of Reynolds Channel is one worth exploring. The plan is promising and we must consider all environmental and community concerns,” added County Legislator Steve Rhoads.

“Supervisor Anthony Santino and I have worked together to improve the health of local bays,” stated Hempstead Town Councilman Anthony D’Esposito. “Moving away from the discharge of treated wastewater into bays and toward ocean discharge is the right direction for our waterfront communities and everyone who cares about the health of our planet.”

In 2012, Nassau County and the State of New York partnered in 2012 on a very similar project which connected Jones Beach to the Cedar Creek ocean outfall pipe. This project ended the discharge of treated effluent into Zach’s Bay, thereby making local waterways cleaner and safer for boaters, swimmers, families and marine life.

The same success is possible for Reynolds Channel and waterways surrounding Bay Park. Infrastructure moderation efforts such as connecting Bay Park to Cedar Creek will also greatly complement the progress Nassau County has made at the Bay Park Wastewater Treatment Plant since Superstorm Sandy, where over $800 million in improvements, restoration and infrastructure hardening is underway.

Progress includes the reduction of odor emissions, rehabilitation of primary engine generators, restoration and elevation of the Plant's electrical distribution system, and construction of berms and walls surrounding the Plant to protect it against a tidal surge of up to 18 feet above sea level. The majority of this work is possible thanks to the support of Senators Schumer and Gillibrand, Congressmen King and Israel, and Governor Cuomo, as well as County Legislators Denise Ford and Howard Kopel.