By Christian Abbatecola Published: May 21 2014

With most schools staying under the tax levy cap, only three Long Island districts failed to pass their budgets. 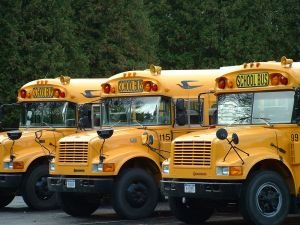 Residents across Long Island took to the poles yesterday to vote on the proposed budgets for public school districts during the 2014-15 academic year. Budget increases are among the lowest seen in years, as all but five districts have chosen to stay within the tax levy limit of 1.46% (plus the cost of certain exempt expenses such as ongoing capital projects).

This year, the Island’s schools proposed an average increase in spending of 2.27% and an increase in property tax levies of only 1.57%; the increases add up to about $11.7 billion in combined spending, but most districts kept within the levy limit. In staying under the cap, 120 of LI’s 124 districts needed only a majority vote in order to pass their budgets, but for Bridgehampton, East Hampton, Sayville, and West Babylon School Districts a minimum 60% of voters was necessary to pass spending plans. In 2013 seven schools attempted to override the levy cap, and six of them failed to pass their budgets because of it.

The Patchogue-Medford school district could have also pierced the property tax cap, but separated the proposal that would put it over the limit into a separate item on the ballot. While the school budget itself needed only a majority vote to pass a budget which stayed under the tax levy limit, the proposal to increase mileage limitations for transporting students to nearby private schools on public school buses by an additional ten miles would have broken the levy cap and required the 60% supermajority to pass.

Of the four schools that needed a supermajority this year, only East Hampton has able to collect the votes it required. Both West Babylon and Bridgehampton failed to hit the 60% mark, and the Sayville budget failed to even get a majority as it was defeated with 1,749 (44%) “yes” votes to 2,257 (56%) “no” votes.

With the votes tallied, Long Islanders have approved 121 of 124 school budgets for next year, a success rate of 97.58%. Schools which could not pass their proposed budgets will be given the option to adopt a contingency budget, which would cut funding, or put their proposals to a revote on June 17. They can also modify their budgets and put the new proposal to a vote on the 17th instead of the original.