By Christian Abbatecola Published: May 20 2014

The 9/11 Memorial Museum, which opens on May 21, has raised a fair bit of controversy over its gift shop. 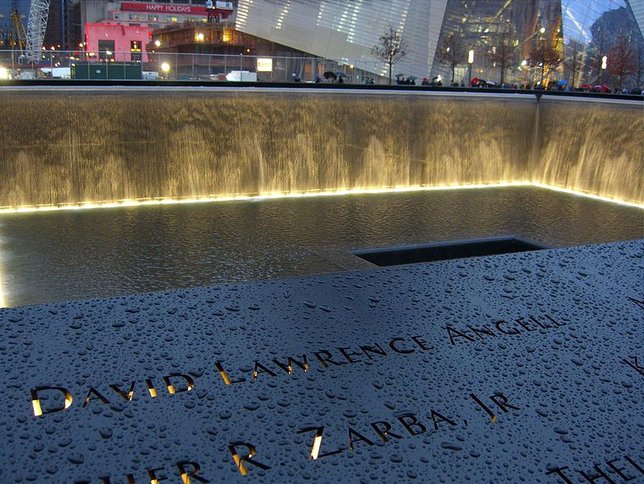 Last week the President of the United States attended the dedication ceremony at the National 9/11 Memorial and Museum in Manhattan, paying tribute to the nearly 3,000 lives that were lost on September 11, 2001. Tomorrow the museum opens to the public, providing information and artifacts from one of the nation’s most tragic days in recent history.

By all means May 21, 2014 should be as celebratory a day as a museum of its nature can have, but when the 9/11 Memorial opens its doors it will be not only be to visitors, but to a storm of controversy as well. People from across the country have voiced outrage through media both traditional and social over the inclusion of a gift shop inside the museum.

In addition to the $24 general admission fee, the museum will be selling items ranging from t-shirts and mugs to neckties and mouse pads.

“It’s crass commercialism on a literally sacred site,” Kurt Horning, the father of a 9/11 victim told the Washington Post in an interview. “It’s a burial ground. We don’t think there should be those things offered on that spot. If you want to do it, do it someplace else—but not right there.”

The gift shop is not without purpose. Michal Frazier, Senior VP of Communications and Digital Media for the museum called the gift shop necessary for the upkeep of the memorial. In addition to donations, ticket sales and gift purchases are used to provide the funding needed “To care for the Memorial and Museum,” he said, adding that the gifts had been “carefully selected.”

The 9/11 Memorial and Museum will be far from unique in offering a gift shop—the US Holocaust Museum, the Arlington National Cemetery, and the USS Arizona Memorial at Pearl Harbor all offer similar purchasable memorabilia—but for some the idea of charging money at a museum right next to Ground Zero feels insensitive, or at the very least untimely. Many have expressed their dissatisfaction with the gift shop to the museum directly through its social media pages.

The only thing less classy than a gift shop at the 9/11 Museum, is taking an "awesome selfie" in front of the actual memorial.

The new 9/11 Museum includes a souvenir gift shop over the tomb of 8,000 unidentified body parts. Apparently dignity is not for sale.

The museum has not been entirely silent on the issue, however, and while it has drawn a great deal of criticism the memorial has found supporters as well.

“The 9/11 Memorial Museum is always free to 9/11 family members and 9/11 rescue and recovery workers,” the organization responded to one critic on Facebook. “The admission fee helps ensure that the 9/11 Memorial Museum’s mission of education and commemoration can continue. The 9/11 Memorial & Museum does not receive any city, state, or federal funding, so the admission charge is critical to support stringent security for a twice-attacked site, preservation of artifacts, education programs, commemorative ceremonies and maintenance of the Memorial and Museum.”

I just can't bring myself to get all bent out or shape about a gift shop at the 911 Memorial. It helps fund upkeep. That's bad?