Wooden sailing ship comes back for another season. 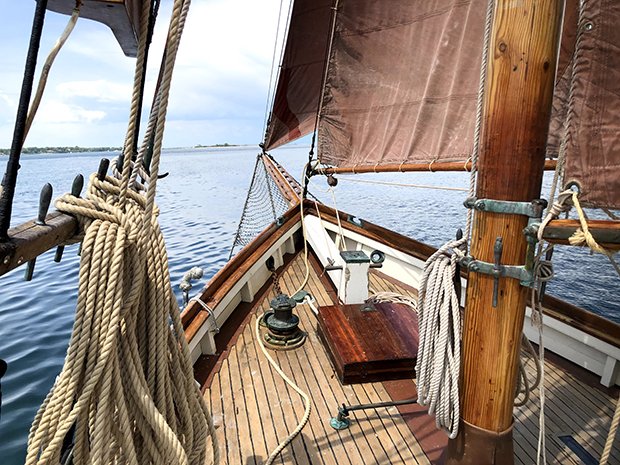 The Ginny Marie Schooner is back in Port Jefferson harbor from its winter home in Huntington Harbor. The distinctive looking ship flies its signature red sails and with its black hull is hard to miss in the waters. Already, people have been enjoying sails into the Long Island Sound, as trips are starting to book up for the upcoming season.

You can reserve a trip in advance or purchase a gift certificate online. 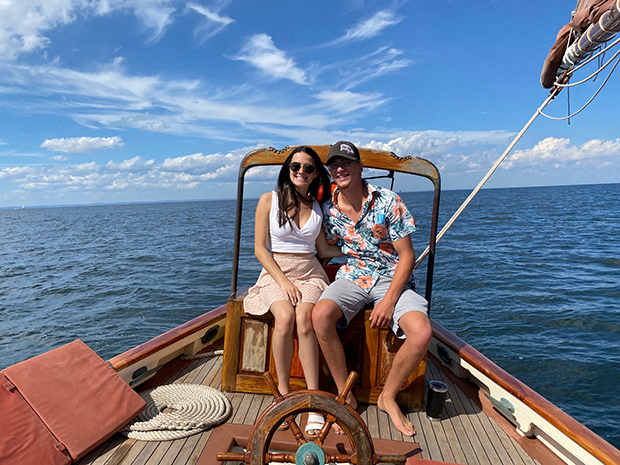 The Ginny Marie is a 38-foot wooden schooner that harkens back to the old world marine elegance of a hand crafted, turn of the century ship. The Ginny Marie itself was built between 1980 and 2000 by a previous owner based on a design by William Atkins, a boatbuilder who made his name in the early 20th century.

Some liken it to a pirate ship. 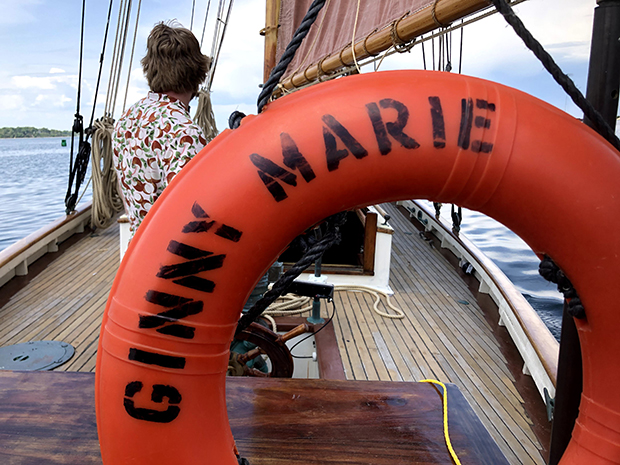 Captain Brian Murphy said that for now, the Ginny Marie is on a mooring out in the harbor but soon will be docked at Harborfront Park. The village is currently rebuilding a floating dock that The Ginny Marie is usually docked at for the season. 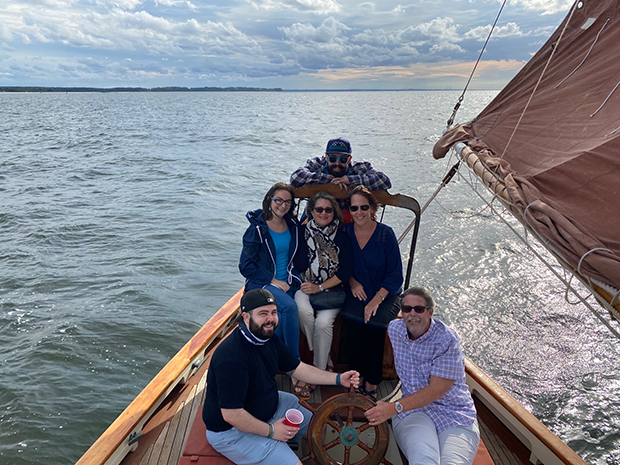 You can check out more info and book a sail at ginnymarieschooner.com. 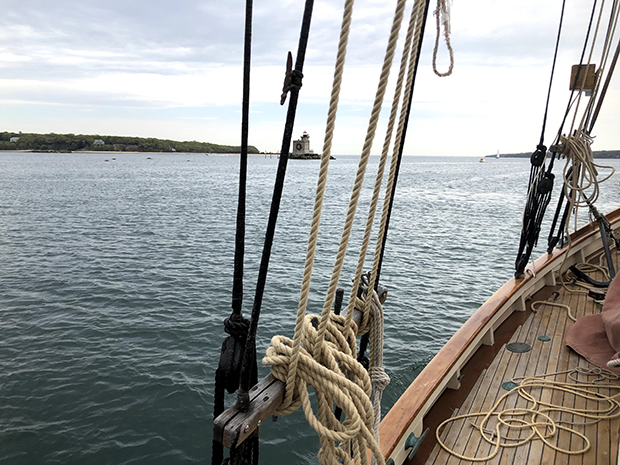