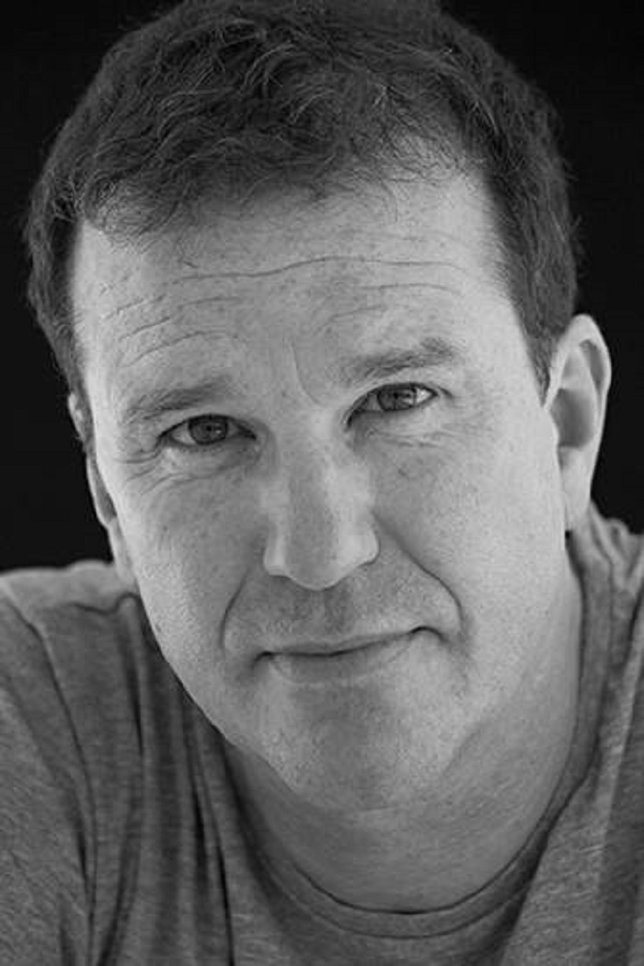 Sag Harbor, NY - May 19, 2016 - Bay Street Theater is pleased to announce some of the principal cast of My Fair Lady, book and lyrics by Alan Jay Lerner, music by Frederick Loewe, based on Pygmalion by George Bernard Shaw & Gabriel Pascal's motion picture, and directed by Michael Arden, Tony Award nominee and Outer Critics Circle Award winner for Best Director of a Musical for the Broadway revival of Spring Awakening.

The production will star Olivier Award and Tony Award-Winner Douglas Hodge as Professor Henry Higgins and Kelli Barrett (the star of last season's Zhivago on Broadway) as Eliza Doolittle. They will be joined by Howard McGillan (Tony Nominee and featured in Bay Street's GREY GARDENS last season) as Colonel Pickering, John O'Creagh as Alfred P. Doolittle, and Bobby Conte Thornton as Freddy Eynsford-Hill. Further casting will be announced soon.

When Eliza Doolittle, a cockney flower seller, meets the imperious and attractive Professor Henry Higgins one night in Covent Garden, they agree to embark on a daring experiment together. Higgins wagers that he can transform the "deliciously low" Eliza into a lady fit for society by teaching her to speak more beautifully.  Sparks fly in what becomes a funny and ferocious battle of the sexes, a struggle of classes, and a rollicking romance.

Acclaimed director Michael Arden's innovative new production will feature two pianos and fifteen actors who will bring the classic story to life in ways you've never seen before.  One of the greatest musicals of all time, with a magnificent score featuring the beloved songs "I Could Have Danced All Night," "Wouldn't It be Loverly" and "On the Street Where You Live," this Fair Lady is a perfect musical for the whole family.

"This is an astounding team of artists that has come together to create a bold new My Fair Lady for the final show of Bay Street's 25th Anniversary Season this summer," says Artistic Director Scott Schwartz, "Douglas Hodge is one of the leading actors of his generation, and I have admired his work for years, from his Tony and Olivier award-winning performance as Albin in La Cage Aux Folles to the television series "Penny Dreadful"and the current "The Night Manager. "Kelli Barrett is a wonderful actress and has one of the most beautiful singing voices on Broadway. With the two of them leading a remarkable cast under the direction of Michael Arden, one of the most visionary directors working today, I am sure My Fair Lady will be a production our audience will be talking about for years to come."

Michael Arden (Director) Directing credits include: the Broadway Revival of Spring Awakening (Ovation Award - Best Director);  LA Ronde for The Forest of Arden; For the Record: John Hughes, both in Los Angeles and NYC; A Tale of Two Cities (Associate) on Broadway; and various other plays in bedrooms and kitchens.

Broadway credits include: Big River, The Times they are a Changin';  Ragtime (Avery Fisher); Off Broadway: It's Only Life; Swimming in the Shallows; Ace; Juno; As You Like It; The Winter's Tale; The Secret Garden; Pippin (Mark Taper Forum); and Aspects of Love, directed by Sir Trevor Nunn (Menier Chocolate Factory, London).

Michael most recently appeared as Quasimodo in The Hunchback of Notre Dame at the La Jolla and Papermill Playhouses and can be heard on the Original Cast Album. Training: Interlochen Arts Academy and The Juilliard School. Michael is a Presidential Scholar in the Arts. 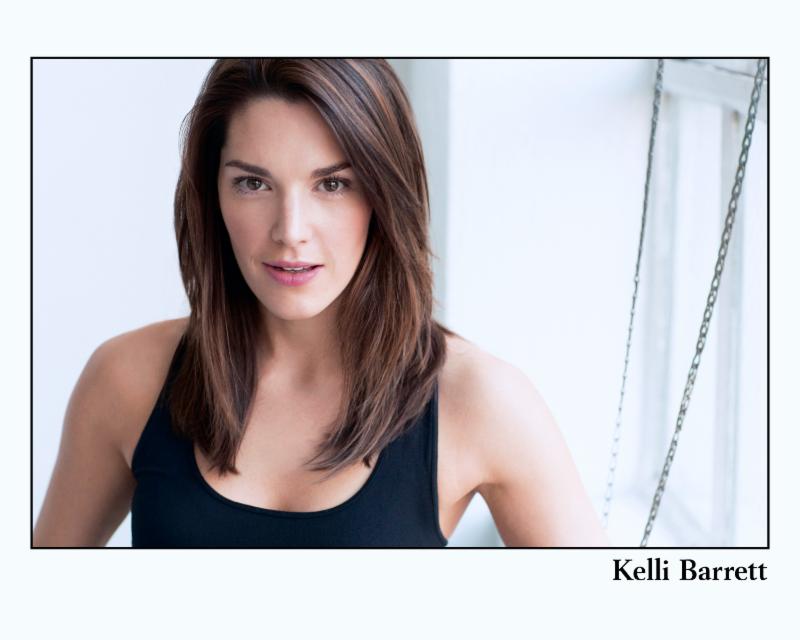 Last May, Douglas completed his celebrated year-long run as the legendary Willy Wonka in Charlie And The Chocolate Factory, directed on the West End by Sam Mendes. For his performance, Douglas was nominated for the Laurence Olivier Award for the fifth time, following nominations for 2012 Best Actor for Inadmissible Evidence (nomination), 2009 Best Actor In A Musical for La Cage Aux Folles (winner), 2006 Best Actor In A Musical for Guys And Dolls (nomination), and 2001 Best Supporting Actor for The Caretaker (nomination).  Known as a premiere interpreter of Harold Pinter's plays, Doug surprised and starred as Albin in the West End production and Broadway transfer of La Cage Aux Folles for which his performance won him a Tony Award (Best Actor), a Drama Desk Award (Best Actor) and an Outer Critics Award (Best Actor). He recently returned to the Broadway stage in another critically acclaimed performance in the title role of Cyrano de Bergerac for the Roundabout Theatre.

Howard McGillin (Colonel Pickering) was last seen at Bay Street in the acclaimed production of Grey Gardens, under the direction of Michael Wilson. On Broadway, McGillin was last seen opposite Vanessa Hudgens in the Broadway revival of Gigi, and is perhaps best known for his record-setting run on Broadway in the title role in The Phantom of the Opera. Howard's career on Broadway includes leading roles in Kiss of the Spider Woman, She Loves Me, The Secret Garden, Anything Goes (Tony, Drama Desk Award nominations), The Mystery of Edwin Drood (Tony, Drama Desk nominations; Theatre World Award) and Sunday in the Park with George. London: Mack & Mabel, Anything Goes. Also Stephen Sondheim's Bounce (Goodman Theatre, Chicago and Kennedy Center - Helen Hayes Award nomination).

John O'Creah (Alfred P. Doolittle) is very excited to be playing one of his favorite roles!  He has most recently appeared as Big Daddy in "Cat On A Hot Tin Roof" and as Winston Churchill in "Churchill, the Play" at New World Stage, at the Riverside Theater in "Crazy For You", the Ogunquit Playhouse in "Mary Poppins", the Shakespeare Theater Company in Washington DC in "The Importance of Being Earnest" and the Pittsburgh Public Theater in "Candida". John has appeared on television on The Late Show with David Letterman, John Adams, Life On Mars, Law and Order SVU, Kidnapped and Sex and The City.

Bobby Conte Thornton (Freddy Eynsford-Hill) The 2016 Mainstage Season is sponsored in part by New York State through the generosity of Assemblyman Fred Thiele and State Senator Kenneth P. LaValle; the New York State Council on The Arts, a State Agency; Town of Southampton; The Harold and Mimi Steinberg Charitable Trust; The Shubert Foundation; and fully or partially funded by the Suffolk County Executive's Office. Support for new work comes from The New Directions Fund and the Joseph Stein New Musical Fund.

The 2016 Mainstage Season is sponsored in part by New York State through the generosity of Assemblyman Fred Thiele and State Senator Kenneth P. LaValle; the New York State Council on The Arts, a State Agency; Town of Southampton; The Harold and Mimi Steinberg Charitable Trust; The Shubert Foundation; and fully or partially funded by the Suffolk County Executive's Office. Support for new work comes from The New Directions Fund and the Joseph Stein New Musical Fund. Previews are sponsored by Peconic Landing. Sponsored in part by Baron's Cove.

Student Sunday Matinees returns this summer for all students can receive (1) FREE admission for the 2pm Sunday performances of My Fair Lady. Valid student ID must be shown.

Returning this year is Talkback Tuesdays with Bay Street's Artistic Director, Scott Schwartz, and members of My Fair Lady cast following each Tuesday performance except for preview week.

A "Pay What You Can" performance will take place on August 2 at 7 pm with a limited amount of tickets available on the day of the performance after 11 am at the Box Office only. They are available on a first- come, first-served basis.