Many will be looking to the terms of their commercial contracts to determine if there is a way to minimize their own financial losses and exposures in the face of forced closures, cancellations, and general ... 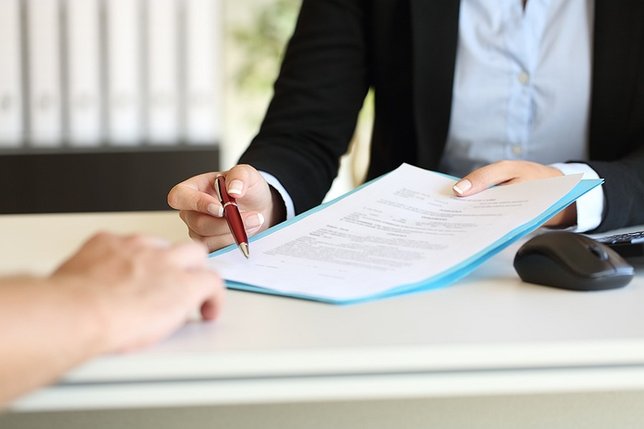 Numerous companies and individuals will be (or already are) negatively impacted by the COVID-19 pandemic in some way. As a result, many will be looking to the terms of their commercial contracts to determine if there is a way to minimize their own financial losses and exposures in the face of forced closures, cancellations, and general business interruption. However, not all clauses are created equal and a careful analysis of the contract will be required.

Your own objectives may also dictate the “appropriate” manner to handle a potential contractual issue, including whether it is better, in the long run, to terminate the contract or to seek to amend the contractual obligations to better suit the new circumstances.

A Material Adverse Change (MAC) clause (sometimes called a Material Adverse Event or MAE clause) is a contract provision that allocates risk among contracting parties for the period between the time of the signing of an agreement and some future post-signing event, such as the ultimate closing (e.g., in the case of an acquisition transaction) or subsequent lending (e.g., in the case of a revolving loan transaction). In essence, a MAC clause provides that if there has been a significant change in circumstances between the signing and the defined subsequent event, that one party may be excused from further performance of the contract (e.g., excused from having to close an acquisition, excused from having to further lend funds).

A typical MAC clause provides that a “material adverse change” means “any change, event, development, condition, occurrence or effect that is or is reasonably likely to be material and adverse to the financial condition, business, results, operations, or prospects of [Party A].” What often follows this broad general definition is a long list of exclusions or carve-outs that will not constitute a MAC. Customary exclusions include acts of God, floods, earthquakes, natural disasters, terrorism, and general economic downturns. Some agreements go even further and exclude pandemics, epidemics, disease, and the like, and there are now even reports of agreements with MAC clauses specifically excluding the COVID-19 pandemic. Therefore, the contracting parties have accepted the risk that a MAC or MAE event may excuse one party or both parties from their full performance of their obligations under the agreement. Akorn, Inc. v. Fresenius Kabi AG, No. CV 2018-0300-JTL, 2018 WL 4719347, at *52 (Del. Ch. Oct. 1, 2018), aff’d, 198 A.3d 724 (Del. 2018) (holding contracting parties accepted material adverse change that resulted from “acts of war, violence, pandemics, disasters, and other force majeure events.”).

While the basic approach is standard – a broad general definition with specific exclusions – MAC and MAE clauses are often highly negotiated and the actual language can vary greatly from agreement to agreement. MAE clauses are often broader than MAC clauses in that they cover not only some change to the party’s business, but also changes to the business environment that may negatively impact the transaction.

MAC and MAE clauses may also appear in certain agreements, typically lending agreements, as an event of default, and may trigger the default rights of one of the parties. In instances where a party defaults under a MAC or MAE clause, it is likely that there are other events of default already or soon forthcoming (i.e., breach of a payment obligation, breach of a financial covenant).

In troubled times, one party to a contract may prefer to simply get out of the contract and be relieved of its obligations, whether they be continuing payments and/or continuing performance. The first place to look then is the termination section of the contract. Termination clauses can vary significantly in terms of scope and complexity. If a contract has a fixed term, or a fixed term followed by evergreen renewals, a party’s termination rights are often limited to a defined set of circumstances, e.g., material breach by the other party, the insolvency of the other party. In such cases, terminating the contract has to be a thoughtful affair and the terminating party needs to make sure it follows the applicable “rules” set forth therein. In most “termination for breach” provisions, for example, the terminating party must give the breaching party written notice of the breach and a reasonable opportunity to cure the breach. It is important therefore to follow strictly the prescribed guidelines for termination, or there is a risk that the terminating party will be deemed to be in breach as well for the poorly handled termination.

Many contract termination sections additionally cover the parties’ rights and obligations post-termination, such as (i) the remedies that may be pursued by the terminating party, (ii) the obligations of the parties to return confidential information, and (iii) what sections of the agreement survive the termination and continue to govern, on a much more limited basis, the parties’ rights and obligations. Some contracts will include a liquidated damages clause, which will define with specificity the damages, often with a fixed dollar amount or formula, recoverable by the non-breaching party. Contracts may also contain indemnification rights for the non-breaching party to recover for its losses as a result of the breach, including, importantly, attorneys’ fees and expenses incurred in pursuit of a claim against the breaching party. Indemnification rights typically do survive the termination of a contract, as do confidentiality rights and other restrictive covenants (e.g., no-competition, non-solicitation).

A contracting party may also be able to terminate, or relieve performance, by relying on a force majeure clause (also known as an “inability to perform” clause). These clauses may be non-specific, boilerplate provisions or may be carefully negotiated. Typically, force majeure clauses include language providing, in sum and substance, “Any delay or failure in the performance by either Party hereunder shall be excused if and to the extent caused by the occurrence of a Force Majeure.” See, e.g., Rochester Gas & Elec. Corp. v. Delta Star, Inc., No. 06-CV-6155-CJS-MWP, 2009 WL 368508, at *2 (W.D.N.Y. Feb. 13, 2009).

Whether COVID-19 will qualify as a force majeure event will depend on the exact terms of the contract. Some contracts include “epidemic”, “forces beyond the parties’ control”, or “acts of governmental authority” as enumerated examples of a force majeure. See, e.g., Wyndham Hotel Grp. Int’l, Inc. v. Silver Entm’t LLC, No. 15-CV-7996 (JPO), 2018 WL 1585945, at *11 (S.D.N.Y. Mar. 28, 2018) (force majeure clause included, inter alia, epidemic “or other catastrophe or other forces beyond [defendant’s] control”, however clause was not implicated because defendant’s failure to pay taxes was not triggered by force majeure); Burnside 711, LLC v. Nassau Reg’l Off-Track Betting Corp., 67 A.D.3d 718, 719 (2d Dep’t 2009) (holding force majeure clause relieved tenant from obligation to begin paying rent where Building Zone Ordinance was amended to restrict the ability to operate an off-track betting parlor at the leased space and lease expressly provided that premises was to be operated for “legalized betting and ancillary uses”).

These clauses will be construed by courts narrowly, irrespective if they are written broadly. For example, in Goldstein v. Orensanz Events LLC, 146 A.D.3d 492 (1st Dep’t 2017), while the contract contained a force majeure provision providing that if the subject event covered by the contract must be cancelled “pursuant to a government order regardless of whether the order was unforeseeable or outside defendants’ control”, the sole remedy was to re-book the event for another date or a refund, the New York Appellate Division, First Department, held that “the clause must be interpreted as if it included an express requirement of unforeseeability or lack of control”. Id. at 492-93.

Like the “termination for breach” provisions previously mentioned, if you have grounds to invoke the force majeure clause, you must provide written notice to the other party. Sometimes these notice requirements are included directly in the force majeure clause or they may be buried in another part of the contract, including a notice provision that requires notice for breaches or anticipated breaches. Again, like the “termination for breach” provisions, it is important to strictly follow the prescribed guidelines or else there is a risk that the terminating party will be deemed to be in breach.

Depending on the specific wording of a force majeure clause, a party invoking the clause may be entitled to either suspend performance of its obligations (for a particular period of time or indefinitely) or terminate the contract.

When No Clauses Exist, There May Still Be Common Law Rights

Even where there is no force majeure clause and/or no termination clause in the contract, other remedies may still be available, including monetary damages (designed to place the aggrieved contracting party in the position that such party would have enjoyed but for the breach), and equitable remedies, including injunctive relief and specific performance of the contract.

There are also generally arguments available to excuse performance where performance was rendered impossible. However, for this argument to be available, the subject matter of the contract must be destroyed “or the means of performance makes performance objectively impossible.” Kel Kim Corp. v. Cent. Markets, Inc., 70 N.Y.2d 900, 902 (1987). In addition, “the impossibility must be produced by an unanticipated event that could not have been foreseen or guarded against in the contract.” Id. (holding impossibility defense not applicable because plaintiff’s “inability to procure and maintain requisite coverage could have been foreseen and guarded against when it specifically undertook that obligation in the lease”); see also Korea Life Ins. Co., Ltd. v. Morgan Guar. Trust Co. of N.Y., 269 F. Supp. 2d 424, 447 (S.D.N.Y. 2003) (holding that devaluation of foreign currency required for a transaction was a foreseeable risk that precluded defense of impracticability).

While legal remedies may be available, one must remember that New York courts are unlikely to look favorably upon a party who was not trying to amicably work through the current COVID-19 crisis. In addition, because of the limitations imposed by the New York State court system (including the inability to physically access the courts), the ability to get “immediate” relief from the court declaring that a contract was, or was not, appropriately terminated based on COVID-19 is significantly complicated, and the resolution of such cases is likely to take longer than normal.

Moreover, the termination of a contract in this environment may be risky as it is unclear whether another party will be able to provide the same goods/services as the original party.

Perhaps the most direct and efficient approach parties to a contract can consider in troubled times is to amend the contract to better address the new circumstances. This likely is the best option for contract parties who have enjoyed a solid long-time working relationship and wish for that type of relationship to continue into the future. In fact, the contracting parties may be required to try to take such actions in an effort to mitigate the damages caused by COVID-19. For example, in Rochester Gas & Elec. Corp. v. Delta Star, Inc., No. 06-CV-6155-CJS-MWP, 2009 WL 368508 (W.D.N.Y. Feb. 13, 2009), the pertinent force majeure provision required the parties “to use reasonable efforts to mitigate the effects of events of Force Majeure” and required that, upon being notified of the occurrence or impending occurrence of a force majeure, “the Parties shall meet to determine what fair and reasonable adjustment to the delivery schedule or the price, may be necessary to compensate for the effect of the Force Majeure upon Seller’s performance hereunder.” 2009 WL 368508, at *2; see also PT Kaltim Prima Coal v. AES Barbers Point, Inc., 180 F. Supp. 2d 475, 480 (S.D.N.Y. 2001) (requiring party invoking force majeure provision to “[e]xercise all reasonable efforts to mitigate or limit damages to the other Party”).

In conclusion, while there may be various avenues for you to take to terminate a contract, or to delay performance, the effect of taking these steps should be weighed against the long-term costs, including the likely delay in finding an alternative contracting partner and the extended delay in obtaining a final decision from a New York court.