The snake, that is indigenous to our area and non venomous, was released in a wooded area. 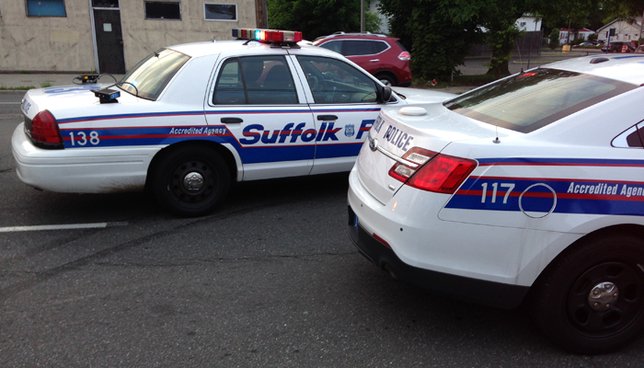 A Medford resident frantically alerted the Suffolk County SPCA that a large snake was in their garage.

Medford, NY - May 18, 2017 - On Wednesday, May 17, 2017, a Medford resident frantically alerted a Suffolk County SPCA Detective who was in the area on an unrelated matter, that a large snake was in their garage.
SPCA Det. Dominic Mozzone who has attended the agencies dangerous reptile training, was ready and able to safely remove the 6 foot long black racer snake from their home. 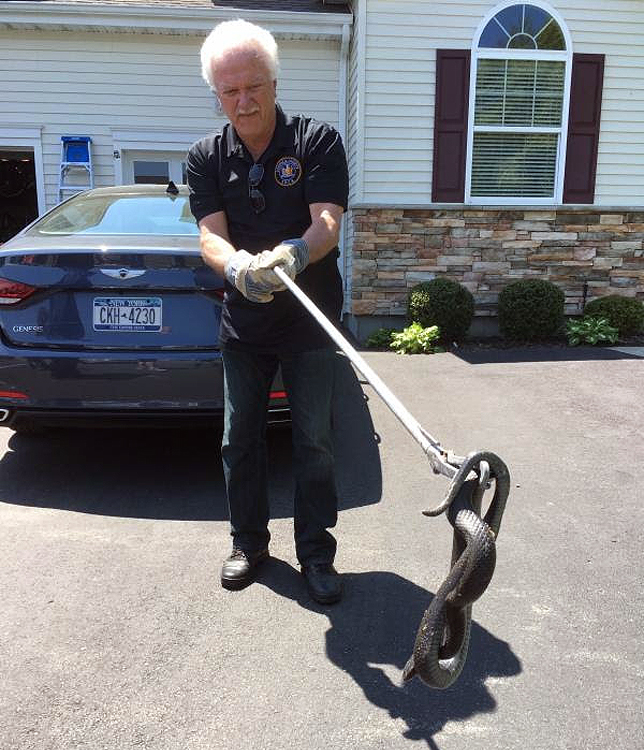 SPCA Det. Dominic Mozzone was ready and able to safely remove the 6 foot long black racer snake from the home. Photo Credit: Suffolk County SPCA
The snake, that is indigenous to our area, was released in a wooded area. The black racer is non-venomous. Black racer snakes also know as eastern racers, are typically found in open woodlands or along the edges of wetlands.
The Suffolk County SPCA  is a private, nonprofit, charitable organization and the voice for animals in Suffolk County.  We do not receive taxpayer or public funding and we must rely on the  support and generosity of donors to exist.  Please help us to provide a better life for pets and other animals in SuffolkCounty.
Donations can be mailed to: Suffolk County SPCA, P.O. Box 6100, Hauppauge, NY 11788-0099 or by logging onto our website www.suffolkspca.org.