Lawmakers are discussing the possibility of bringing video lottery machines to Long Island. 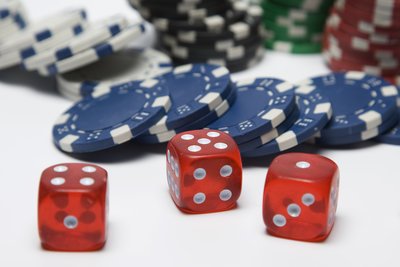 As part of a closed-door discussion this week, New York State lawmakers have been pushing for a proposal to build a casino on Long Island. State Sen. Phil Boyle and Assemblyman Steve Engelbright are trying to allow 2,000 video lottery machines at Off-Track Betting (OTB) sites throughout Nassau and Suffolk, according to a report from News 12.

Similar proposals have been in discussion for months, especially after Gov. Andrew Cuomo made an amendment to the state constitution last year that legalized public casinos in New York.

Possible locations for the casino include building one near the Nassau-Suffolk border. Another proposal would introduce two new facilities, each with 1,000 video slot machines.

Before Cuomo’s amendment last March, the state constitution technically prohibited gambling in New York. Due to a major loophole, video lottery machines and slot machines have still been legal.

The current proposals are in contrast to Cuomo’s recent public statements that gaming facilities should be run by operators rather than the state. He also demanded that the casinos be restricted to upstate.

Proponents of the bill say that building a casino would bring money to the state as well as create jobs. According to a report from the Associated Press, the proposal states that the gaming facilities would provide "superior consumer amenities and conveniences to encourage and attract the patronage of tourists and other visitors from across the region, state and nation.”

There are currently nine OTB facilities that offer slot machines, however they do not offer table games such as poker and black jack. The operators of these “racino” centers say that they would be the best candidates to be turned into a privately run casino.

The proposals are still being discussed in private meetings in Albany, and it is doubtful that significant information will be released until they have come to an agreement and it is rushed to a vote in the state Legislature.