Cuomo: "As Governor of New York, but even more so as a father, the safety of New York’s students is my top priority." 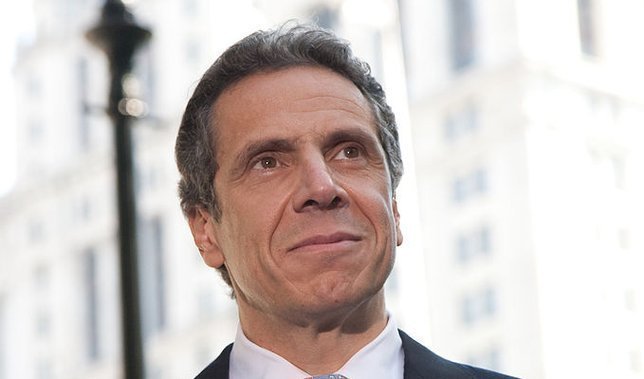 Albany, NY - May 17, 2017 - Governor Andrew M. Cuomo today ordered a comprehensive review of compliance under the “Enough Is Enough” law at all higher-education institutions across the state. The statewide inspection will ensure that all colleges and universities are fulfilling their obligations under the law to protect students from sexual assault, dating violence, domestic violence and stalking, and are taking every measure to properly investigate allegations of sexual assault on campus. Governor Cuomo signed “Enough Is Enough” into law in 2015 and is the nation’s most aggressive policy to put an end to sexual assault on college and university campuses.
"As Governor of New York, but even more so as a father, the safety of New York’s students is my top priority," Governor Cuomo said. "New York led the nation by signing into law the strongest policy to combat sexual assault on college campuses, and now we are ensuring every university fully meets their obligations under that law. We must take every measure to protect our students from harm, and we will accept nothing less from our state’s colleges and universities. Enough is enough."
A multi-agency team, with representatives from the New York State Police, Division of Criminal Justice Services, Department of Health, Office of Victims Services, Division of Human Rights and SED, will conduct a thorough review of the records and procedures of private and public colleges and universities across the state to ensure compliance with the law. Specifically, the review will evaluate each institution’s compliance with requirements for adoption of procedures, student and staff training, notification of rights and conduct of investigations, under Article 129-B of the state education law.
The Governor has directed the review be completed for all schools by the beginning of the fall semester, with the issuance of a preliminary report by September 1, 2017. Subsequently, if the preliminary review and findings warrant further investigation, an in-depth analysis and detailed examination of practices will be additionally undertaken.
Enough Is Enough
New York’s groundbreaking “Enough Is Enough” law requires that all colleges and universities in New York adopt a set of comprehensive procedures and guidelines related to domestic violence, dating violence, stalking and sexual assault, to ensure the safety of all students attending colleges in the state. These policies include a uniform statewide definition of affirmative consent, a uniform statewide amnesty policy, and expanded access to law enforcement and health service resources in New York State.
Among other requirements of the law, colleges and universities must:
Additionally included under the law:
The trainings are in addition to other outreach efforts underway by the State Police Campus Sexual Assault Victims Unit, which was created by the Enough Is Enough law to reduce the incidence of and facilitate the reporting of sexual assault. Since its inception, the unit has visited nearly every college and university campus in New York State, conducted more than 300 educational presentations and participated in nearly 90 training events. The unit has also investigated or assisted in the investigations of over 115 college sexual assault cases.
In addition to college orientation and training visits, the unit launched an 8-week broadcast radio, billboard and social media campaign in August 2016 to raise awareness as students returned to college for the fall semester. Another media campaign is planned for later this year.
As part of the Enough Is Enough law, the State Police Campus Sexual Assault Victims Unit was created to reduce the incidence and facilitate the reporting of sexual assault. In addition, the State Police established a statewide hotline for victims to request State Police assistance by calling 844-845-7269.
According to the U.S. Department of Education, college campuses reported over 9,200 forcible sex offenses (rape and fondling) in 2015 alone, the most recent year for which data is available. In that time, there were 712 forcible sex offenses reported by New York State colleges, and 91 forcible sex offenses reported by New York City colleges. Nineteen percent of women in college and six percent of men in college will be victims of attempted or completed sexual assault in the course of their undergraduate careers, according to a 2007 study by the National Institute of Justice. According to the NIJ, women in college are at higher risk of sexual assault than their non-college-bound peers.