The president attended the ceremony on Thursday along with Sept. 11 survivors. 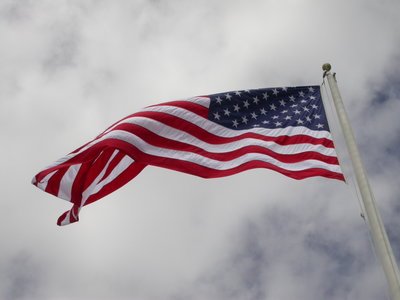 President Barrack Obama attended the Dedication Ceremony at the National 9/11 Memorial and Museum on Thursday. The president spoke in front of survivors of the Sept. 11 attacks on the World Trade Center, as well as families, Sept. 11 rescue workers, active duty first responders and Manhattan residents and business owners.

At the ceremony, President Obama dedicated the memorial site to the lives lost during the attacks in 2001.

"We stand in the footprints of two mighty towers, graced by the rush of eternal waters. We look into the faces of nearly 3,000 innocent souls... Here, we tell their story so that generations yet unborn will never forget,” Obama stated, according to the 9/11 Memorial website.

The Sept. 11 survivors attending the ceremony were able to preview the museum and memorial, which is set to open to the public on May 21, 2014. The museum doors will remain open 24 hours a day through May 20, as a tribute to those that worked around the clock on Ground Zero.

“Sharing this institution first with those so deeply a part of 9/11 history is a tremendous honor for all involved in the Museum’s creation,” said 9/11 Memorial President Joe Daniels.

Michael Bloomberg, former New York City Mayor and Chairman of the 9/11 Memorial & Museum, also attended the ceremony. “So many people from across the country and around the world made the Museum possible -- including New York City school children who donated their pennies -- and they all have my deepest gratitude," Bloomberg said.

You can watch a video of the Dedication Ceremony here.