Robert Anderson, 61, of West Islip, allegedly engaged in a scheme to defraud the MTA out of ticket revenue. 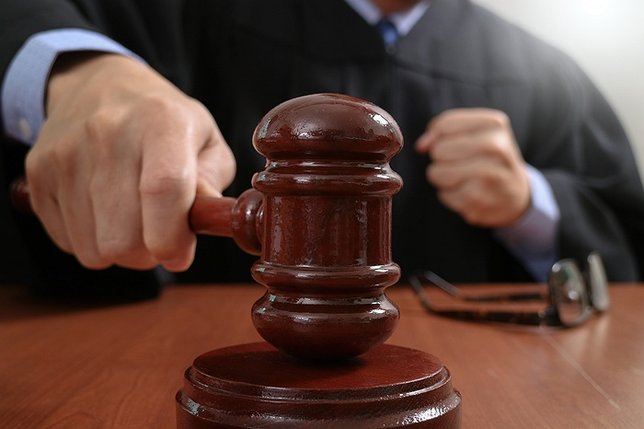 Suffolk County District Attorney Timothy D. Sini and Metropolitan Transportation Authority (“MTA”) Inspector General Carolyn Pokorny have announced the arrest of a Long Island Railroad (“LIRR”) conductor for allegedly engaging in a scheme to defraud the MTA out of ticket revenue.
Robert Anderson, 61, of West Islip, is charged with four counts of Offering a False Instrument for Filing in the First Degree, a class E felony; eight counts of Petit Larceny, a class A misdemeanor; and eight counts of Official Misconduct, a class A misdemeanor. Anderson has been employed by the LIRR since 2014.
“My Office’s Public Integrity Bureau is committed to rooting out fraud and abuse of power by public servants in order to protect taxpayers,” District Attorney Sini said. “This was a clear dereliction of duties by the defendant. Instead of punching the tickets, he pocketed them. I thank the MTA Inspector General for their continued partnership in investigating and prosecuting public employees who attempt to game the system.”
“As a LIRR conductor, one of your basic duties is to collect train tickets - not steal them.  This defendant allegedly chose to violate the public’s trust by pocketing the tickets and treating this rider and taxpayer money like it was his own personal piggy bank,” said MTA Inspector General Carolyn Pokorny. “I am grateful to staff at the Long Island Railroad for bringing this matter to our attention and to our law enforcement partners at the Suffolk County District Attorney for working with my office to stop this unacceptable, criminal behavior.”
Between April 2019 and September 2020, Anderson allegedly engaged in a scheme in which he would collect train tickets but not punch them as required by his official duties. He would then allegedly provide the un-punched tickets to his acquaintances to either use or submit for refunds.
In furtherance of the alleged scheme, Anderson would submit collection revenue reports falsely claiming that he had remitted all of the tickets that he collected during his shift. All LIRR conductors are required to submit revenue reports for each shift, which include all tickets and revenue collected.
Further investigation by the MTA OIG and the Suffolk County District Attorney’s Office revealed evidence that Anderson allegedly failed to include train tickets submitted by investigators in his signed revenue reports on eight separate occasions in 2019 and 2020.
Anderson was arraigned in Suffolk County District Court today and was released on his own recognizance. He is being represented by William Wexler and is due back in court on June 21.
If convicted of the top count, Anderson faces a maximum sentence of one and one-third to four years in prison.
This case is being prosecuted by Assistant District Attorney Carey Ng, of the Public Integrity Bureau.
A criminal charge is merely an accusation and the defendant is presumed innocent until and unless proven guilty.