The event serves not only as a good time, but also as an important fundraising effort for the men and women of the Patchogue Fire Department. 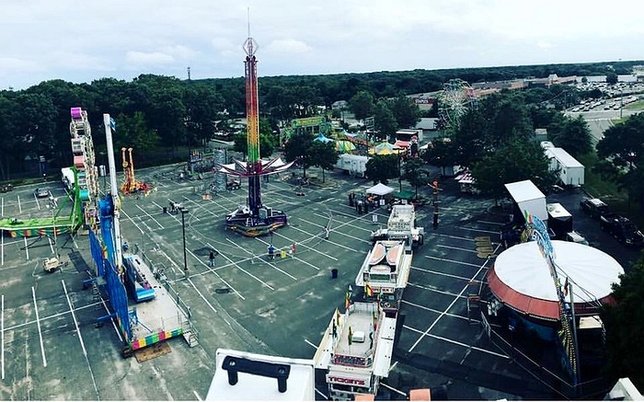 Shot of the Patchogue Fire Department's annual carnival in the process of setting up for their big May 24-28 event at St. Joseph's College.

Patchogue, NY - May 16, 2018 - Later this month Patchogue residents – and anyone else interested in supporting a good cause – should be sure to head out and attend the Patchogue Fire Department Union Hook and Ladder Company Number 1 Annual Carnival, taking place at St. Joseph's College in Patchogue from May 24 through May 28. The event serves not only as a good time, but also as an important fundraising effort for the men and women who put their lives on the line for the sake of the communities that they serve every day.
George Grauer, a past Chief and 38-year veteran of Hook and Ladder Company Number 1, said that the Patchogue Fire Department – which currently consists of four companies – is richly steeped in history, having served its community since its inception in 1880. 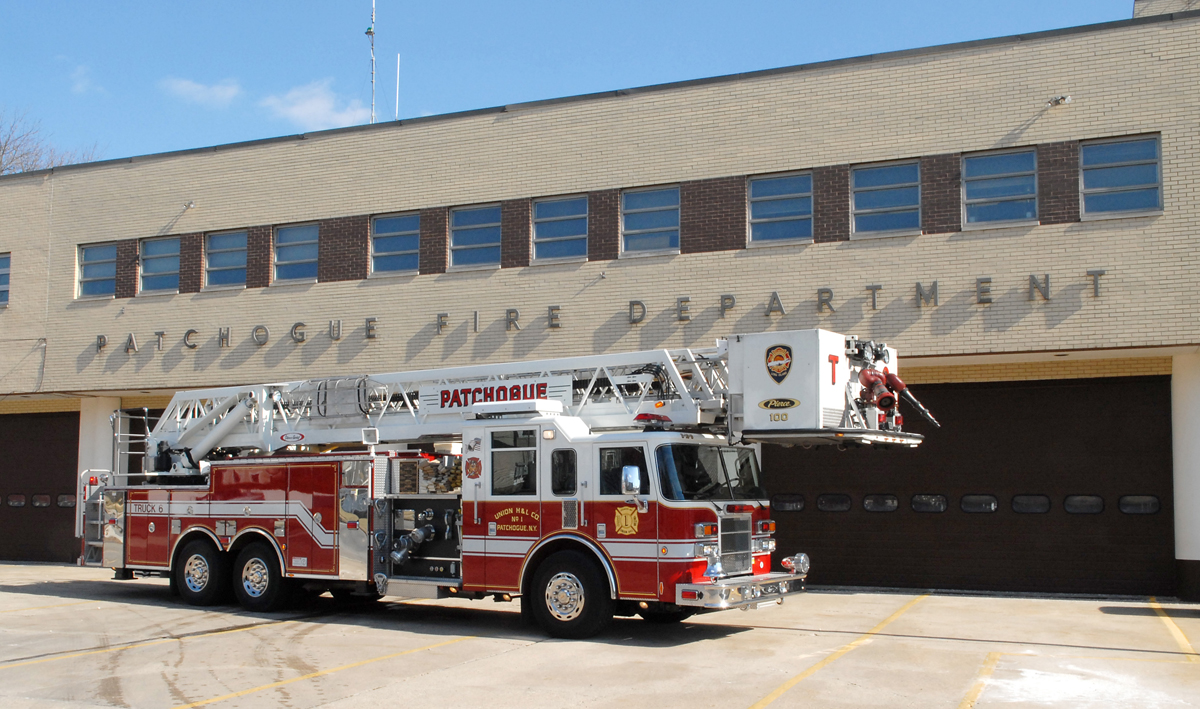 The Patchogue Fire Department puts their lives on the line for the sake of the communities that they serve every day. Photo Credit: Patchogue Fire Department
However, over the years fire districts on Long Island in particular have been encountering issues and difficulties in terms of both the recruitment and retention of volunteer firefighters. This apparently has nothing to do with people being less civically-minded these days; instead, Grauer noted, it's actually due to the fact that the cost of living on Long Island is higher than it's ever been and continues to grow, forcing many members of the younger generation out-of-state in order to be able to afford to make a life for themselves.
“A lot of the old-timers just worked one job, and a lot of our members worked locally, and they would just come out and go to fires from there. But now, a lot of people can't afford to live on Long Island, so they're moving to places like Florida where they can actually afford to live,” he said. “And the membership is also going down because the people that stay here are being forced to work two jobs or more in order to survive in New York. So they have less time for the commitment to the fire department, along with the training and the other requirements. With the new standards for being a firefighter, a lot of people just don't have the time anymore.” 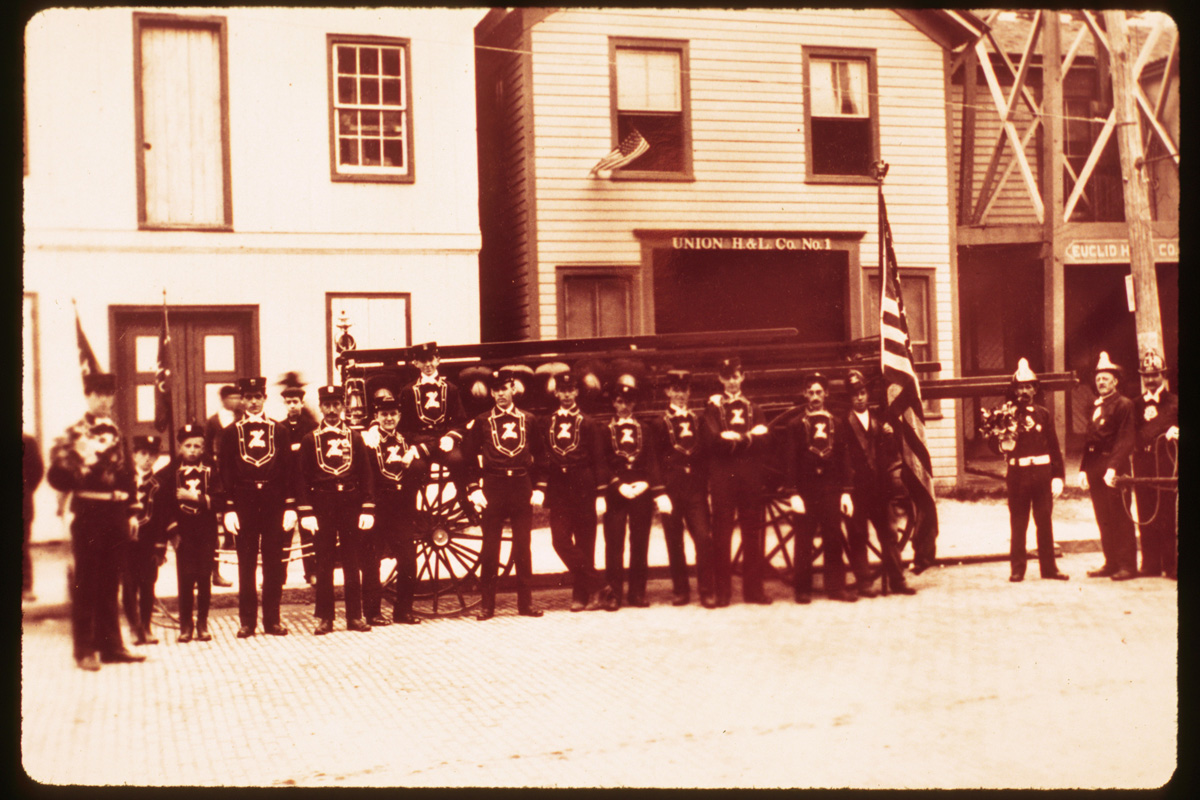 The Patchogue Fire Department is richly steeped in history, having served its community since its inception in 1880. Photo Credit: Patchogue Fire Department
However, the Patchogue Fire Department is doing whatever they can in an attempt to drum up new members; one way they're doing that is with an upcoming event- the Union Hook and Ladder Company Number 1 Annual Carnival running from May 24 through May 28. The carnival serves both as a way to attract potential new members, as well as an important fundraiser for the department itself.
“We've been holding this fundraiser on-and-off for the past 10 years at St. Joseph's College...the money that we raise is for things that taxpayers can't pay for,” Grauer said. “For example, taxpayers can't buy us shirts and coats unless they’re uniforms, they can't take us out to dinner, or sometimes we like to go on trips or to baseball games...all things that we use as a ‘thank you’ to the volunteers in our department for offering up their time and effort to help safeguard the community.” 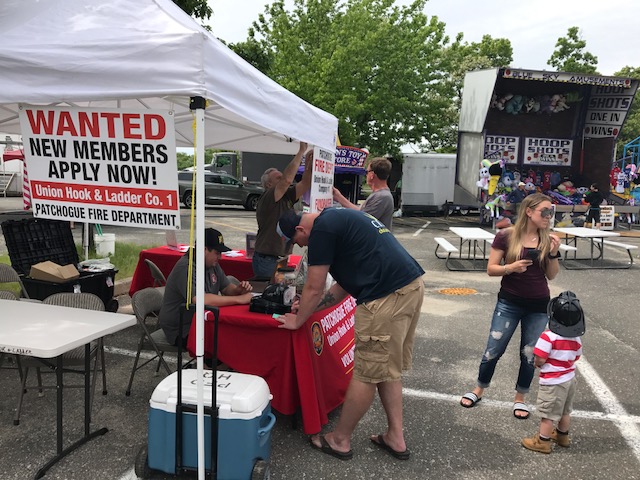 The carnival serves both as a way to attract potential new members, as well as an important fundraiser for the department itself. Photo Credit: Patchogue Fire Department
The event features all of the traditional trimmings of any respectable carnival, including rides, games, food, and prizes. Members of the Patchogue Fire Department will be on-hand to help with recruitment efforts, and there will be a number of interactive activities for kids as well, including a fire truck, fire prevention lessons, and fingerprinting through the Suffolk County Sheriff's Office.
The times of the carnival are as follows.
However, while the carnival serves as the centerpiece of the Fire Department's fundraising and volunteer recruitment efforts, Grauer said that he and his fellow Patchogue firefighters are always out there trying to drum up the next generation of young recruits. 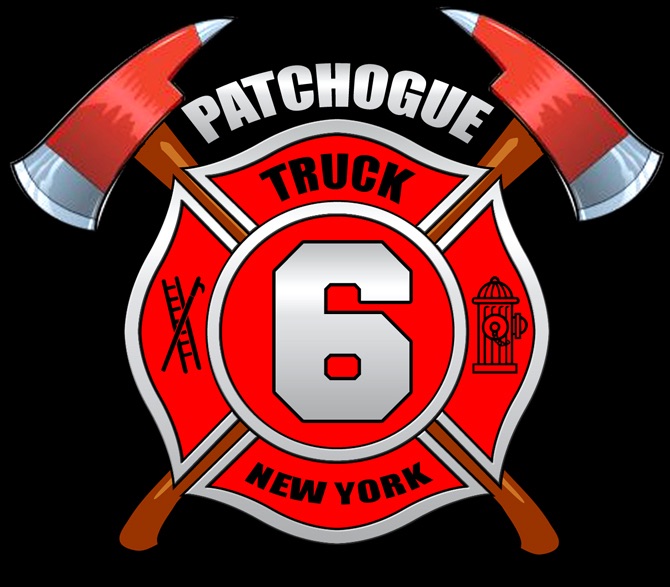 Photo Credit: Patchogue Fire Department
Grauer himself noted that he joined the Patchogue Fire Department when he turned 18 – nearly four decades ago – and has been an active member and participant ever since. He encourages young members of the community to give consideration to following in his footsteps to form the next generation of young firefighters who, through their bravery and selflessness, can help to make the Patchogue community a safer place for one and all.
“I've been doing this since 1980…I got involved with the firefighting aspect of it and I've grown to want to help the community, and every other community that I go through. When you’re driving down the road and you see an accident, you instinctively want to get out and help, and it doesn't matter what town you're in,” he said. “You're always a public servant, and you're there to help the taxpayers. We have a pension fund now, but I would have done it for free. It means a lot to me to give back to the community, and I really encourage people to come on down to the carnival, and to give serious consideration to joining up with the Patchogue Fire Department.”
Click here for more information on the Patchogue Fire Department Union Hook and Ladder Company Number 1 Annual Carnival.