By Christian Abbatecola Published: May 15 2013

At least three oil companies have confirmed that they were recently inspected by European antitrust authorities. 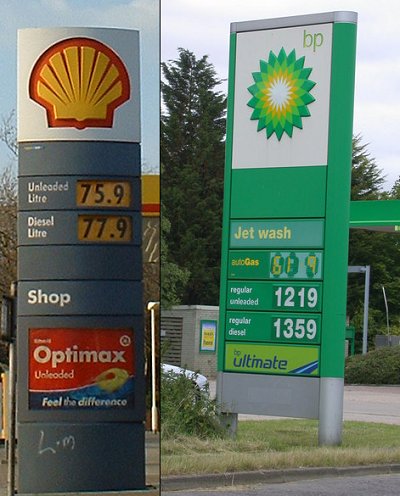 The offices of Royal Dutch Shell, Statoil, and British Petroleum were raided on Tuesday by European officials suspicious that the companies have engaged in a price-fixing scheme to ratchet up their own profits at the expense of customers. The European Commission announced its investigation into price-manipulation yesterday, but did not specify which companies it was examining, leaving for the possibility of more oil corporations which have not yet come forward being involved.

According to a statement released by the Commission, the companies “may have colluded in reporting distorted prices to a Price Reporting Agency to manipulate the published prices for a number of oil and biofuel products,” and also “may have prevented others from participating in the price assessment process, with a view to distorting published prices.”

Prices assessed by price reporting agencies act as benchmarks for trade and impact the end-cost of crude oil, biofuel, and refined oil products (including car fuel and plastics). If guilty of price-fixing, the oil companies would be in violation of European antitrust laws prohibiting cartels and the abuse of dominant market position, and could have impacted global oil pricing.

The London offices of Platts, an energy news and data provider responsible for reporting the costs of raw materials related to oil use and production, were also inspected in the investigation. Platts has been assessing the cost of oil since the 1920’s and is now part of McGraw Hill Financial, the group which operates credit ratings agency Standard and Poor's.

Unannounced inspections are only the first step in determining whether Shell, BP, or any other company is guilty of price manipulation, and the probe will continue for an indeterminate length of time.