SCPD: Searching for Men Who Assaulted Couple in Patchogue Diner

A group of four men assaulted a couple in a Patchogue diner in January. 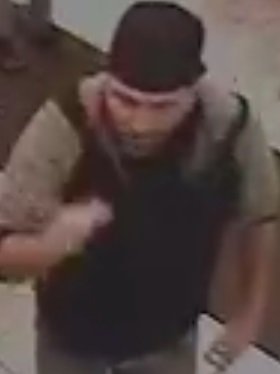 Patchogue, NY - May 14, 2014 - Suffolk County Crime Stoppers and Suffolk County Police Fifth Precinct Crime Section officers are seeking the public’s help to locate a group of men who assaulted a couple at a Patchogue diner in January.
A couple was eating at the California Diner, located at 570 Sunrise Highway South Service Road, when a group of four males sitting near the couple began making lewd comments to the female on January 12 at approximately 3:20 a.m. The couple decided to leave and went to the register to pay. The four males followed them and three of the men began to assault the male. The woman attempted to push the suspects away and then she was assaulted. The suspects fled and the male and female victims were treated at Brookhaven Memorial Hospital Medical Center.
Suffolk County Crime Stoppers offers a cash reward of up to $5,000 for information that leads to an arrest. Anyone with information about this crime is asked to call anonymously to Crime Stoppers at 1-800-220-TIPS. All calls will be kept confidential.