Man was found clinging to another kayaker’s boat after his own had overturned. 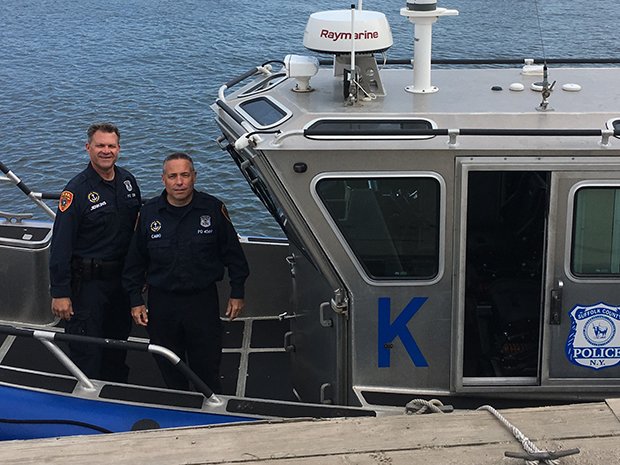 A Queens man fell into the water after his kayak flipped over in the Great South Bay near Fire Island Inlet on Tuesday morning. At around 11am, Suffolk County Police Marine Bureau officers came across the overturned kayak and spotted a man, identified as Benjamin Chen, 31, clinging to the side of another kayaker’s craft a few hundred yards away. The kayaker was unable to paddle back to shore with Chen hanging on the side.

Officers Robert Jenkins and Raymond Cairo - who were on routine patrol near the Fire Island Inlet, near Buoy 7 when they came across the scene - brought Chen onboard Marine boat Kilo and transported him and his kayak to shore. Chen, who was wearing a life vest, was treated on the boat for exposure to cold water. The kayaker who had assisted Chen was able to return to shore safely.