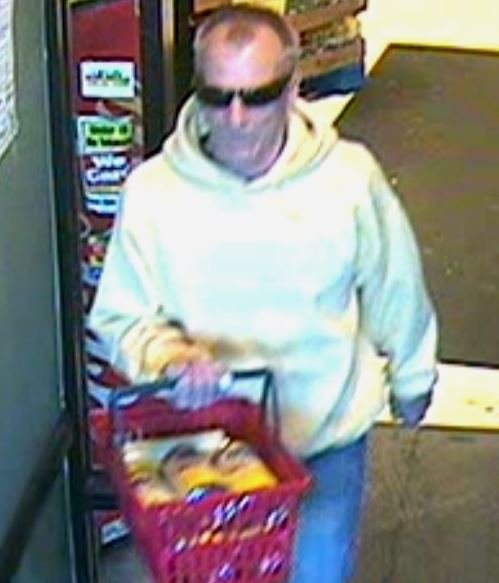 Shirley, NY - May 12, 2014 - Suffolk County Crime Stoppers and Suffolk County Police Seventh Precinct Crime Section officers are seeking the public’s help to identify and locate the man who stole baby formula from two supermarkets last month.
A man stole baby formula from King Kullen in Shirley on April 28 at 4:30 p.m. and then again at the King Kullen in Center Moriches at 5:30 p.m. on April 28.
The man is described as white, in his late 40s to early 50s, with gray, balding hair. He is approximately 6 feet tall and 190 pounds. He was wearing a yellow sweatshirt with “Ft. Lauderdale” written in white lettering and blue jeans. In both instances, he fled in a waiting sedan, possibly gray in color.
Suffolk County Crime Stoppers offers a cash reward of up to $5,000 for information that leads to an arrest. Anyone with information about this crime is asked to call anonymously to Crime Stoppers at 1-800-220-TIPS. All calls will be kept confidential.