The Southold Town Board has proposed zoning Plum Island into a research district and a conservation district to prevent development after the animal-disease laboratory is shut down. 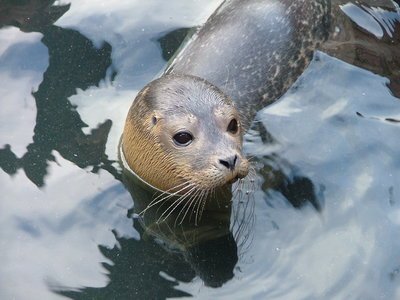 In an effort to protect Plum Island after the animal-disease research facility is shut down, the town of Southold has released a proposed zoning plan that will enable the site to continue to be used for both research and for the conservation if the island’s abundant flora and fauna, including its large populations of seals and rare species of birds.

Last month, the federal government announced the imminent closure of the research facility, which will be replaced by the larger National Bio- and Agro-Defense Facility in Kansas.  The Department of Homeland Security expects the construction of the $714 million facility to take several years to complete, so the Plum Island research facility will remain open for at least another ten years.

Residents and conservation groups near Plum Island have been very supportive of the new zoning plan, as they were vehemently against the island being sold to developers and covered with residential housing.

“Plum Island is one of the last great coastal places of our region, replete with miles of beaches, hundreds of acres of open space, endangered animal species and rare plant life,” said Leah Schmalz, director of legislative and legal affairs for the Connecticut-based conservation group Save the Sound. “While our federal government sits poised to sell off this treasure to the highest bidder, the Town of Southold is leading the way to safeguard it. By providing substantial conservation and research zones, Southold is moving forward to ensure that the ecology and economy on Plum Island is protected for future generations.”

Added Bill Toedter, president of the North Fork Environmental Council, "Plum Island has been an integral part of not only the North Fork's history but of our country, as well. The steps the Town of Southold are taking now, and the work being done by elected officials -- like U.S. Congressman Bishop among others -- and environmental organizations are all designed to ensure Plum Island fulfills its important, irreplaceable role in our future.  By protecting a research/commercial use in the lab's current footprint and by preserving the vast majority of the island as a wildlife sanctuary of some type, we all benefit from the special resources of this island for generations to come."

The zoning proposal lists acceptable uses of Plum Island that include a nature preserve, public park for passive recreation, educational or research facility, and museums.

The Southold Town Board will hold a vote on its zoning proposal on June 18.