“Amtrak has let Penn Station fall apart under its watch--and the testimony from Amtrak executives today gave New Yorkers no reason to believe that the unacceptable state of the station will improve.” - Senator Todd ... 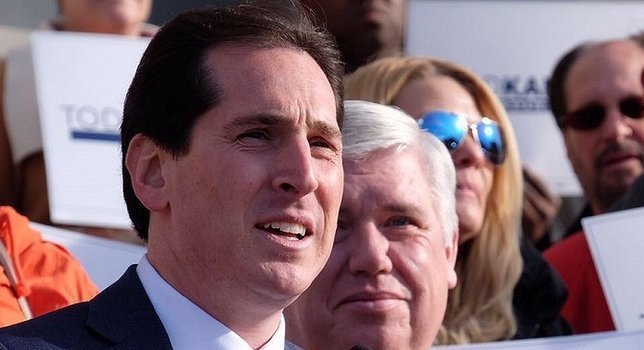 New York, NY - May 1, 2017 - Senator Todd Kaminsky issued the following statement after attending the New York State Assembly’s Standing Committee on Corporations, Authorities and Commissions’ public hearing.
“Amtrak has let Penn Station fall apart under its watch--and the testimony from Amtrak executives today gave New Yorkers no reason to believe that the unacceptable state of the station will improve,” said Senator Todd Kaminsky. “Today, Amtrak essentially admitted that there is a safety and infrastructure debacle at Penn Station and that it could not effectively deal with the crisis. Amtrak also unveiled a troubling plan to outsource management of the concourse to a private “partner” and that it would make further track closures. Amtrak claimed to include the LIRR in its new private partnership--but with little detail and no commitment that LIRR riders would truly be represented.” 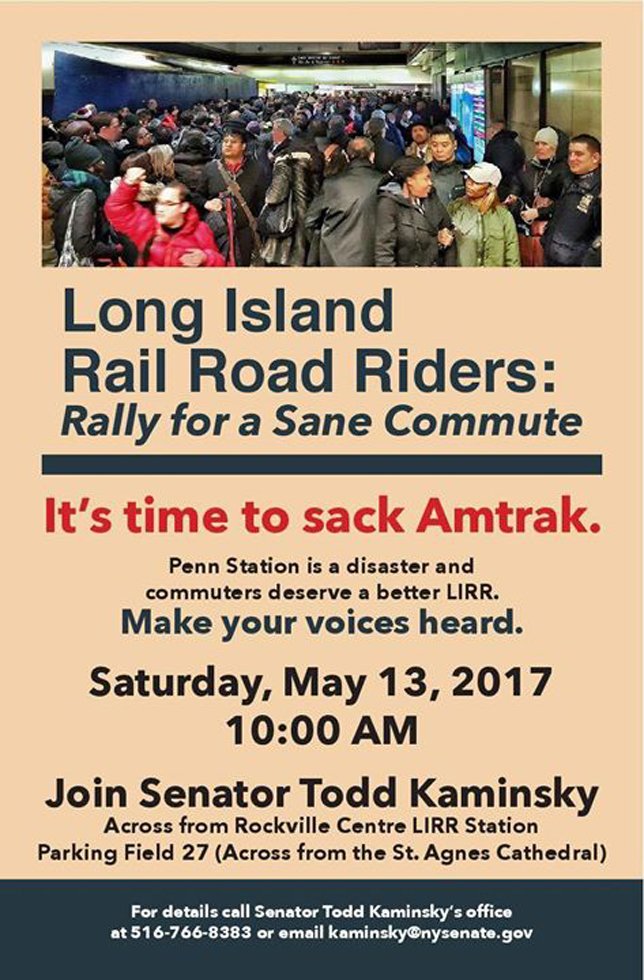 On April 28, Senator Kaminsky sent a letter (attached) to Assemblyman Jeffrey Dinowitz and Senator Michael Ranzenhofer requesting that the two hold joint emergency hearings about Penn Station. In response, today’s NYS Assembly hearing addressed the impact of Amtrak’s New York Penn Station Infrastructure Renewal Program on the Metropolitan Transportation Authority, the Long Island Rail Road (LIRR), and New York commuters.
Kaminsky called again for the State Senate to hold hearings on Penn Station.
“It is shameful that the State Senate hasn’t held hearings on Penn Station,” Kaminsky said. “What are they waiting for? The daily delays, overcrowding and horrid conditions are the norm at Penn. I again call on my colleagues to hold these hearings, on Long Island, and during the evening in order to hear from the many frustrated commuters who just want to get home to their families on time every night.”
Senator Kaminsky is hosting a “Rally for a Sane Commute” (flyer attached), on Saturday, May 13, at 10AM at the Rockville Centre LIRR station. The event will be held rain or shine.
Senator Todd Kaminsky has led the fight for improving the LIRR service. He has spoken up against the increase in LIRR fares while performance has declined, and challenged the MTA Director in a Senate hearing about the poor state of several stations in his district.