The Missing Persons Squad reports the details of a Missing Person which occurred on Wednesday, May 11, 2016 at 2:30 p.m. in Baldwin. 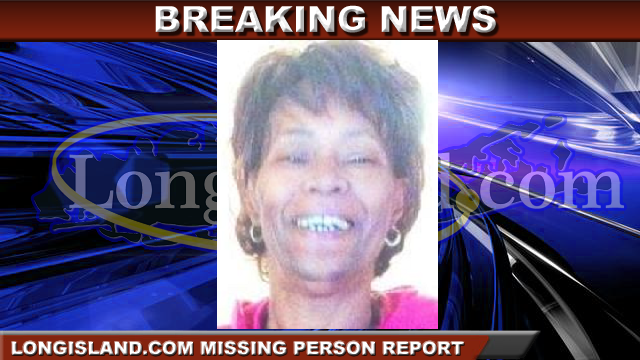 Update - May 12, 2016 - The Missing Persons Squad reports the below listed missing person has been located in Queens.

The original Missing Vulnerable Adult alert is below.

Shaw is a 72-year-old missing vulnerable adult with dementia and congestive heart disease and be in need of medical attention. She was last seen at her home on Alhambra Rd., in Baldwin at 2:30 p.m. on Wednesday, May 11. Elizabeth was on foot and was last seen wearing a black long sleeve shirt, black pants, and a black bag carrying her medication with the IV in her right arm. She previously resided in Queens and may be attempting to make her way back there.

Detectives ask anyone with information regarding this missing person to contact the Missing Persons Squad at 516-573-7347 or call 911.  All callers will remain anonymous.