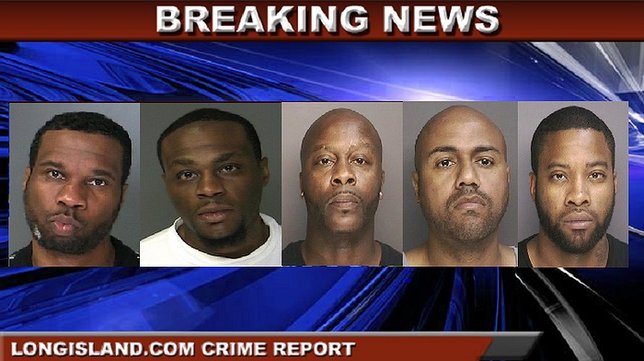 Albany, NY - May 10, 2016 - Governor Andrew M. Cuomo today announced the launch of a statewide heroin task force charged with ending the heroin and opioid crisis in New York. The group, comprised of a broad coalition of experts in healthcare, drug policy, advocacy, education, and parents and New Yorkers in recovery, will build on the state’s previous efforts and use their expertise and experience to develop a comprehensive action plan to combat the state’s opioid epidemic. Members of the task force will hold public listening sessions across New York to inform their recommendations.

“Opioid addiction is a national epidemic that continues to plague families in communities across New York – and the state has been taking aggressive action to tackle this crisis head on,” Governor Cuomo said. “The Heroin Task Force will take these efforts to the next level with a comprehensive action plan developed by a diverse coalition of experts. We will use the task force’s recommendations to implement smart solutions that will protect public health, enhance safety in communities statewide and save the lives of vulnerable New Yorkers.”

“Heroin and opioid deaths in New York State have reached unconscionable levels,” Lieutenant Governor Kathy Hochul, Co-Chair of the Heroin Task Force said. “On behalf of the families all across New York whose lives have been shattered by this crisis, I’m honored to lead the fight against it. We will leave no stone unturned in our quest to find ways to not only prevent, but also break the cycle of addiction that has destroyed so many lives in our state.”

Since 2014, Governor Cuomo has implemented a series of aggressive reforms to combat heroin and opioid addiction, including signing the historic Combat Heroin Legislation; expanding insurance coverage for substance use disorder treatment; increasing access and enhancing treatment capacity across the state, including a major expansion of opioid treatment services; implementing new and expanded recovery services; and launching a public awareness and prevention campaign to inform New Yorkers about the dangers of opioid use.


In March, new regulations took effect that require all prescriptions to be transmitted electronically from the prescriber directly to the pharmacy. The measure is part of New York’s comprehensive I-STOP law, first implemented in 2012, designed to curb prescription drug abuse across the state.

As of 2015, I-STOP has led to a 90 percent decrease in the number of "doctor shoppers" or patients who visit multiple prescribers and pharmacies to obtain controlled substances within a three-month time period.

To date, New York has trained thousands of first responders and community members to recognize and respond to overdoses. Since 2006, the state’s community overdose prevention and naloxone distribution program has enrolled more than 225 registered programs, which have trained more than 112,000 individuals. As a result, more than 3,500 overdose reversals have been documented, with over 1,500 lives saved in 2015 alone. A total of 8,424 law enforcement officials have been trained to administer naloxone through these efforts, including 2,639 instructors.

Now, the Heroin Task Force will build upon the state’s previous efforts and develop a comprehensive statewide plan to break the cycle of opioid addiction in New York. Specifically, the Task Force will identify ways to expand awareness of heroin and opioid addiction; enhance statewide prevention efforts; increase access to treatment; and improve support for those in recovery. For more information, please visit here.

NYS OASAS Commissioner Arlene González-Sánchez said, “New Yorkers battling addiction need to know we are here with open arms to help them – to access treatment and support their recovery. I thank the Governor for his continued leadership in appointing this task force. I believe that their work will add to our efforts to attack this epidemic.”

NYS Health Commissioner Dr. Howard Zucker said, “Opioid addiction has become a national crisis that is destroying lives and tearing families apart. Governor Cuomo has dedicated substantial resources to addressing this crisis and helping addicted New Yorkers get the assistance they need. His latest action – creation of the statewide task force – will allow us to develop a comprehensive plan to help those who are addicted and prevent others from going down that path.”

Maria T. Vullo, Acting Superintendent of Financial Services said, “Substance addiction devastates families across New York State. As a member of Governor Cuomo’s statewide heroin task force, I will work with health insurers and other stakeholders to devise educational programs focused on prevention, as well as implement aggressive reforms to ensure that affected New Yorkers receive access to the recovery and support services they need.”

Senator Terence Murphy said, "Heroin and prescription drug abuse has claimed far too many lives in New York and across the country. It’s time we put a stop to this epidemic and prevent more needless tragedies from occurring. Launching this task force is the right move, and I look forward to joining Governor Cuomo’s efforts to fight dangerous opioid abuse in New York State.”

Assemblywoman Linda Rosenthal said, “The opioid epidemic is hurting New York’s children and families – and the state must continue to advance its efforts to combat this epidemic. I am proud to join the Heroin Task Force and commend Governor Cuomo for his continued leadership on this critical issue. Through these coordinated efforts, we will be able to connect more New Yorkers with vital treatment and support services, and increase prevention strategies in communities statewide.”

Richmond County District Attorney Michael McMahon said, "The heroin and prescription drug crisis is stealing the lives of Staten Islanders every other day, just as it is crippling communities across New York State and across the country. Confronting this epidemic is the challenge of a generation, and while the challenge is daunting, it is one we must address and that we can solve together if given the tools and resources to get the job done. I want to thank the Governor for bringing this task force together and for his commitment to this important issue."

Cortney Lovell, Director, Wrise Consulting, said, "I applaud Governor Cuomo for appointing this task force and his continued leadership in combatting the opioid epidemic. We need to work together to tackle this crisis head on and advance solutions that will make a difference in the lives of New Yorkers struggling with addiction. As a person in long term recovery, I am proud to be a part of this effort and I look forward to helping more New Yorkers find and experience the joy of recovery."

Anne Constantino, CEO of Horizon Health Services, said, "I thank the Governor for his continued leadership in creating this task force. This is a nationwide epidemic and we must take action to ensure New Yorkers have access to the help they need and deserve. I am proud the Task Force will build on the Governor's good work over the last few years, and I look forward to finding ways to further expand and enhance addiction treatment services in New York."

Susan Salomone, Executive Director of Drug Crisis in Our Backyard and a parent who lost her son to opioid use, said, "I am honored to be a part of this important work and commend Governor Cuomo for leading the way in combatting this epidemic. As parent who has been impacted by addiction, it is my hope that the Task Force will provide New Yorkers with a roadmap to overcome substance abuse and help those in recovery lead long, healthy and happy lives. I look forward to working together to create a long-term plan that will help protect New York’s children and families.”

Over the past decade, admissions for heroin and prescription opioid-abuse treatment in New York have increased 40 percent. In Upstate New York and on Long Island, admissions for opioid and heroin addiction have increased 94 and 117 percent respectively. Moreover, heroin admissions to OASAS addiction treatment programs have risen 35 percent between 2006 and 2015. Five percent of students in grades seven through twelve have reported using a prescription pain reliever non-medically.

New Yorkers struggling with an addiction, or whose loved ones are struggling, can find help and hope by calling the State’s HOPEline at 1-877-8-HOPENY (1-877-846-7369) or by texting HOPENY (Short Code 467369). New Yorkers can find an OASAS-certified substance use disorder treatment provider any time by using the OASAS Bed Availability Dashboard. For help with accessing care and insurance coverage, visit the Access Treatment page on the OASAS website.

To find a naloxone overdose reversal medication training near you, visit the OASAS Addiction Treatment Center opioid overdose prevention trainings page. Visit here for more information on addressing heroin and prescription opioid abuse, including a Kitchen Table Tool Kit to help start the conversation about the warning signs of addiction and where to get help. For additional tools to use in talking to a young person about preventing underage drinking or drug use, visit the State’s Talk2Prevent website.