Bay Street Theater & Sag Harbor Center for the Arts is pleased to announce that Joseph Vecsey is back again to host the ALL STAR COMEDY SHOW ‘A SPECIAL ENGAGEMENT’ on Monday, June 1 at ... 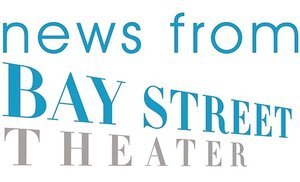 Sag Harbor, NY - May 10, 2015 - Bay Street Theater & Sag Harbor Center for the Arts is pleased to announce that Joseph Vecsey is back again to host the ALL STAR COMEDY SHOW ‘A SPECIAL ENGAGEMENT’ on Monday, June 1 at 8 pm. Tickets are $25 in advance and $35 day of; available online, or by calling the Bay Street Theater Box Office at 631-725-9500. The Box Office is open Tuesday through Saturday 11 am to 5 pm and beginning Memorial Day weekend, it will be open 7 days a week.

ALL STAR COMEDY SHOW ‘A SPECIAL ENGAGEMENT’ features the rising stars of comedy. Host Joseph Vecsey (The Call Back Podcast) is a fast rising comedian and is known for hosting this show at Bay Street Theater for the past three years. Other comics for this event includes Donnell Rawlings AKA Ashy Larry (Chappelle Show, MTV's Guy Code, Spider Man 2), Jamie Roberts (MTV, Caroline's On Broadway), Max May (Tours College Campuses & Clubs); join us for the funniest up and coming comedians!

Joseph Vecsey has performed in bars, clubs, theaters, colleges, restaurants, rough urban rooms in Brooklyn and Staten Island, even a hostel on 103rd and Amsterdam. He opened for Jim Breuer and Susie Essman at Bay Street Theater in 2013. Since the beginning of his show at Bay Street Theater he has hosted various shows in New York City and popular clubs like the Laff House in Philadelphia and Jokers Wild in New Haven. He is also the founder and executive director of Comedy With a Purpose, a business in which he uses comedy to address some serious social matters.

Donnell Rawlings the headliner for the evening’s show is most well-known for his role on the Chappelle Show as Ashy Larry. His other credits include Guy Court (TV Series), Black Jack (TV Movie), The Wire (TV Series), From Ashy to Classy (TV Series), Spider-Man 2, Law & Order: Criminal Intent (TV Series).

Jamie Roberts began his journey in Amityville, New York, where being funny was an everyday thing for him. When he was crowned the ‘Funniest Person’ in his senior class, he realized that comedy was where he belonged. However, the journey would not be that light-hearted and free. In order for his comedy career to take off, Jamie knew he would have to hit the mean streets of New York City. This young stand-up comedian was able to win-over the judges at Stand Up NY which was the first time Jamie performed at a major venue in New York City. Jamie continued to breakdown barriers as he became the first non-Latino to produce the Latino Laughter comedy show at the New York Comedy Club. Along with producing the show, he was also the weekly host every Saturday night at the club for 10 straight months. He was also the producer and host of the One Night Stand Comedy Tour which stretched from the CUNY schools in New York City to the University of Wisconsin. The tour was catered towards educating college students about practicing safe sex and life lessons expressed through his standup comedy. Jamie has been featured on MTV’s Fan nation, NBC’s Law & Order and ABC’s (NYC) Eyewitness commercials. Who would have thought this Long Island native would have what it takes to make it in the big city? Jamie is currently the executive producer and weekly host of the longest running Sunday show in NYC, Sunday Night Live. He is also the founder and executive director of Comedy With A Purpose. A business in which he uses comedy to address some serious social matters.

Max May is a comedian, actor and writer. He frequently tours College Campuses and clubs including Stand Up-NY, The STANDing Room and many more venues. This will be his first appearance at Bay Street Theater.

Tickets to the ALL STAR COMEDY SHOW, ‘A SPECIAL ENGAGEMENT’ are $25 in advance and $35 the day of and are available online at www.baystreet.org or by calling the Bay Street Theater Box Office at 631-725-9500. Entertainment subject to change.