Guardians of Rescue Fighting to Create Legislation Against Fake Shelters 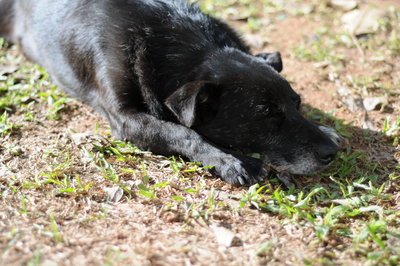 Guardians of Rescue – an animal rescue organization based in Smithtown – is fighting to implant legislation that would aim at preventing fake animal shelters known as “Pop-Up Rescues.”

Pop-Up Rescues incorporate themselves as non-profit organizations and collect donations solely for profit. Many of these organizations have been known to import dogs in poorly ventilated vehicles with no health certificates. This puts the animals at risk for diseases such as Canine Distemper and Parvovirus, and also risks spreading these viruses to local dogs.

“Because puppies are a big sell, overcrowded trucks from the south transport puppies to NY and some groups are even purchasing puppies from puppy mills and saying they are rescued dogs from death row shelters, tagging them with an adoption fee of $500-$600 and sending them out without a bill of health or sterilizing them,” stated Robert Misseri, president of Guardians of Rescue.

The group, along with other animal organizations in Suffolk County, is trying to pass the Rescue Responsibility Act. This legislation would oversee and set standards for animal shelters. There are currently no laws in New York State specifically regarding rescue shelters.

“The state of Connecticut has laws regulating the import of companion animals and so should we,” Misseri said.

The group stated that every shelter dog should be spayed or neutered. They should also be checked for diseases, vaccinated, micro chipped and receive any necessary dental procedures. This would ensure that the animals are physically ready to lead a healthy life.

Additionally, the legislation would ensure that all rescue shelters perform a proper background check on every applicant wishing to adopt an animal. They would also be required to do home checks following adoptions, taking back any animal that is not in good health or in a safe home.