The celebration coincides with the 15th anniversary of the opening of the Cradle of Aviation Museum. 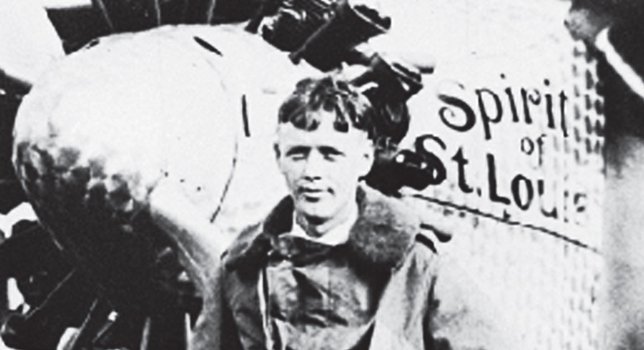 Charles Lindbergh posing with the “Spirit of St. Louis.”

Photo by: Cradle of Aviation Museum

Garden City, NY - May 9, 2017 - The Cradle of Aviation Museum will celebrate one of the most significant moments in history during the weekend of May 20th and 21st when they commemorate the 90th Anniversary of Charles Lindbergh’s flight from Roosevelt Field to Paris.
On a cloudy morning in May of 1927, a crowd of roughly 140 people thought they had witnessed a miracle as a young Charles Lindbergh steered his “Spirit of St. Louis” down the dirt runway of Roosevelt Field. Thirty three and a half hours later, the miracle happened when Lindbergh landed at Le Bourget Field outside of Paris, becoming the first man to fly solo across the Atlantic. This single event revolutionized aviation and our view of the world.
The celebration coincides with the 15th anniversary of the opening of the Cradle of Aviation Museum. To celebrate, the museum will be offering buy one, get one free admission on Museum, Dome Theater, Planetarium and their new special Retro Video Game Exhibit  all day on Sunday, May 21.
Lindbergh’s historic flight is chronicled extensively in the museum’s Golden Age Gallery which features a variety of artifacts as well as the Cradle’s “Spirit of St. Louis” airplane, a sister ship to Lindbergh’s plane that was built to the same specifications and that was used in the Hollywood movie “The Spirit of St. Louis” starring Jimmy Stewart.
Free children’s activities will be available.
On Sunday at 4pm, Reeve Lindbergh, Charles Lindbergh’s daughter will be part of a special discussion on the impact her father had on aviation. Following the discussion visitors will be able to view a special presentation of a documentary on Lindbergh’s historic flight. Admission to the Reeve Lindbergh event is free but reservations are required. Reserve your seat by calling 516-572-4066.
The NYCB Presents the Cradle of Aviation Museum is dedicated to the history of aviation and its impact on Long Island. The museum is located in Garden City on Museum Row, Charles Lindbergh Blvd. For information about the weekend call 516-572-4111 or log onto www.cradleofaviation.org.