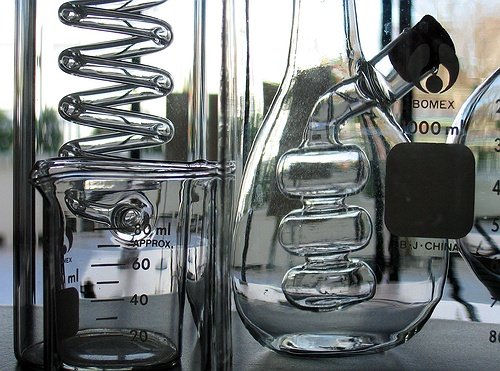 Cold Spring Harbor, NY - May 5, 2015 - Cold Spring Harbor Laboratory’s (CSHL) direct and indirect impact on the Long Island and New York State economies are highlighted in a report released today by Appleseed.  Shaping Long Island’s Bioeconomy: The Economic Impact of CSHL shines a bright light on the enterprise that directly employs 1100, indirectly accounts for over 500 additional jobs, and annually brings more than $140 million in revenue to Long Island from Federal grants, private philanthropy, an array of scientific educational programs, and commercialization of technologies.

“CSHL was started on Long Island’s North Shore 125 years ago as a place to train biologists and conduct life science research,” explained CSHL President & CEO Bruce Stillman. “Today the Lab is a world leader in biology and genetics research and education that is helping drive Long Island’s growing bioeconomy.”  The private, not-for-profit Laboratory’s research revenue in 2013 totaled $104.3 million, an increase of 65 percent since 2003.

Appleseed, a private consulting firm, suggests that CSHL’s impact is likely to increase in the coming years.  New facilities such as the Pre-Clinical Experimental Therapeutics facility that comes on line this year and the proposed $25 million Center for Therapeutics Research (for which the Lab is seeking New York State support) will enhance CSHL’s research capabilities as well as its ability to compete successfully for Federal and private philanthropic funds.  CSHL’s growing strengths in commercialization will accelerate the translation of research and technologies into more new businesses and jobs that will offer solutions to society’s biggest challenges in healthcare, energy, agriculture and the environment.  Expanded collaborations with Long Island partners including Stony Brook University, Brookhaven National Laboratory and North Shore Long Island Jewish Health System will further enhance the economic competitiveness of Long Island and New York State.

The study found that CSHL – “to an extent few other institutions can match” – is equipped to address the demands of what the National Research Council (NRC) calls  “the new biology.” This involves integrating insights across normally “siloed” disciplines ranging from information and computer technologies to physics, and putting them to work to solve pressing problems -- from new approaches to treating cancer and disabling brain disorders to developing insights that result in increased food production and the generation of clean, low-cost biofuels.

According to the report, in 2013 CSHL had an operating budget of $141 million and directly employed 1062 people, about 90 percent of whom worked full-time and 89 percent of whom lived on Long Island.  The Lab spent $10.6 million on the purchase of goods and services from New York State companies, 90 percent of which was spent on purchases from Long Island companies.  This spending, along with $4.7 million spent on facility construction and renovation, directly supported 95 full-time jobs with Long Island suppliers and contractors and 11 additional jobs elsewhere in New York State. In its broad range of activities, the Lab indirectly accounted for more than 400 additional jobs.

The impact of the Lab is multiplied through its collaborations with other New York institutions and companies, including Stony Brook University and Brookhaven National Laboratory in neuroscience and biofuels, and with healthcare institutions like North Shore Long Island Jewish Health System.  Partnerships with biotechnology and pharmaceutical companies such as GSK, Pfizer, Boehringer Ingelheim, Dart Neurosciences, Isis Pharmaceuticals, Merck, and Syngenta enable the Lab to speed the process of turning research developments into tangible benefits to society.

Since 1981, the Lab has concluded licensing agreements to launch 25 start-up companies, including 5 that were launched in 2014.  New York State companies that were founded based on CSHL research include ASOthera, Certerra, Clarapath, DepYMed, Envisagenics and Mirimus.  CSHL has also supported the translation of life sciences research into new jobs through its collaborations with SUNY Farmingdale in the development of the Broad Hollow Bioscience Park (BHBP).

The report, which is based on data from 2013, was commissioned by CSHL President & CEO Bruce Stillman, Ph.D., to promote a clearer understanding of the multiple ways that the Lab contributes to the life of the state and the local region.  Appleseed is a New York City-based economic development consulting firm founded in 1993 that provides economic research and analysis and economic development planning services to government, non-profit and corporate clients.

Celebrating its 125th anniversary in 2015, Cold Spring Harbor Laboratory has shaped contemporary biomedical research and education with programs in cancer, neuroscience, plant biology and quantitative biology. Home to eight Nobel Prize winners, the private, not-for-profit Laboratory is more than 600 researchers and technicians strong. The Meetings & Courses Program hosts more than 12,000 scientists from around the world each year on its campuses in Long Island and in Suzhou, China. The Laboratory’s education arm also includes an academic publishing house, a graduate school and programs for middle and high school students and teachers. Click here for more information.