Banker, Lawyers, Appraiser, and Straw Buyers Allegedly Carried Out Scheme to Obtain Inflated Mortgage Funding and Then Re-Sold “Toxic” Loans to the Market 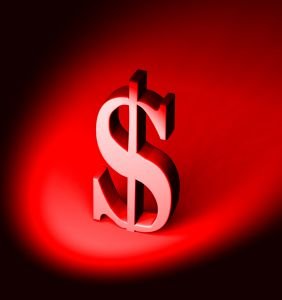 Central Islip, NY - May 6, 2014 - Earlier today, an indictment was unsealed charging six men with carrying out a $30 million bank fraud conspiracy by fraudulently inflating the prices of homes for sale and then obtaining mortgages that far exceeded the true collateral value of properties in Nassau and Suffolk Counties. Through his mortgage banking company, defendant Aaron Wider and his co-conspirators allegedly then re-sold these “toxic” mortgages to banks and other investors in the secondary mortgage market, causing millions in losses when the loans went into foreclosure. Four of the defendants were arrested this morning and will be presented for arraignment later today at the United States Courthouse in Central Islip, New York, before United State Magistrate Judge Gary R. Brown. Of the remaining two defendants, one was taken into custody in Florida, while another is scheduled to surrender to federal agents tomorrow in Central Islip.
The indictment and arrests were announced by Loretta E. Lynch, United States Attorney for the Eastern District of New York, and George Venizelos, Assistant Director in Charge, Federal Bureau of Investigation, New York Field Office.
“The conduct charged in the indictment is a prime example of the type of corrupt mortgage-lending practices that preceded the bursting of the real estate bubble, the loss of faith in securitized mortgage obligations, and the financial collapse of 2007 and 2008,” stated United States Attorney Lynch. “Instead of using their skills in banking, the law, and investing to assist individuals pursuing the American Dream, the defendants cooked up a sophisticated scheme that defrauded lenders and then fed toxic debt to the investigating public at large in the secondary mortgage market. I would like to thank the investigators at the Nassau County District Attorney’s Office and New York State Department of Financial Services for their invaluable assistance in this investigation.”
FBI Assistant Director in Charge Venizelos said, “As alleged in the indictment, during the height of the real estate boom, these defendants devised a scheme to turn a profit at the expense of unsuspecting lenders, investors, and members of the public. Mortgage fraud poses a threat to our financial systems and to our economy. This case should send a clear message to all individuals who try to game our financial market: you will be identified and held accountable for your criminal acts. The FBI, along with our law enforcement partners, will continue to investigate those who orchestrate and participate in various mortgage fraud schemes in order to protect the public against those who seek to damage our economy.”
According to the indictment and other court filings, between 2003 and 2008, defendant Aaron Wider operated a New York State licensed mortgage bank in Garden City, New York, called HTFC Corp., which issued residential mortgages to borrowers. HTFC did not possess assets to fund these loans but relied on funding from other banks and financial institutions, commonly known as “warehouse lenders.” The warehouse lenders relied on Wider and HTFC to ensure that home buyers were able to pay the mortgages and that the market value of the homes fully collateralized the loans.
Instead, Wider and the co-defendants allegedly engineered a complex series of same-day sham transactions, or “flips,” to artificially inflate the prices of homes. Then, they lied to the warehouse lenders to obtain mortgage funding that was 80 percent more than the actual value of the homes. Wider and co-defendants Manjeet Bawa, John Petiton, and Joseph Ferrara contracted to buy homes in Nassau and Suffolk Counties from innocent sellers at market prices. The defendants then submitted fraudulent loan applications to the warehouse lenders that nearly doubled the true sales prices of the homes. The defendants also inflated their personal assets and concealed significant liabilities to get loan approval.
At each closing, Petiton, an attorney admitted to practice in New York State, oversaw the actual sales to innocent sellers and simultaneously created sham trusts into which title to the properties was transferred for no money. He and the co-conspirators then immediately transferred title back to the co-defendants at nearly double the price to create a false paper trail documenting the artificially inflated prices. Meanwhile, real estate appraiser Joseph Mirando prepared false appraisal reports to justify the inflated prices, while HTFC closing attorney Eric Finger concealed the far lower, true sales price for properties by lying on federal-mandated settlement forms. Finger received wire transfers of funds from the warehouse lenders and, after paying the innocent third-party sellers, disbursed the surplus money fraudulently obtained in the mortgages to his fellow co-conspirators.
HTFC sold each of its mortgages in the secondary market. On paper, the loans appeared to be attractive investments because HTFC’s mortgages carried high rates of return that were supposedly fully collateralized by the market value of homes and the assets and incomes of the borrowers or mortgagors. Upon buying mortgages from HTFC, the secondary market bank paid off the warehouse lenders and then either collected the principal and interest or bundled them into mortgage-backed securities that were sold to pension funds, hedge funds, and other investors seeking relatively secure, high-yield investments. When HTFCs mortgages went into foreclosure beginning in 2007 and 2008, the secondary market investors discovered that the actual value of the collateral was 80 percent less than the amount borrowed for each home.
The charges in the indictment are merely allegations, and the defendants presumed innocent unless and until proven guilty. If convicted, the defendants face up to 30 years’ imprisonment. The indictment unsealed today also seeks to forfeit 19 residential properties traced to the bank fraud or up to $30 million in a money judgment.
The case is being prosecuted by Assistant U.S. Attorney James Miskiewicz.
Defendants:
MANJEET BAWA, age 46, Dix Hills, New York
JOSEPH FERRARA, age 70, Long Beach, New York
ERIC FINGER, age 48, Miami, Florida
JOSEPH MIRANDO, age 54, Centereach, NY
JOHN PETITON age 68, Garden City, New York
AARON WIDER age 50, Copiague, New York