Bay Street Theater is pleased to announce the cast and full creative team of the World Premiere of THE NEW SINCERITY, A New Comedy by Alena Smith, directed by Bob Balaban. The production will run ... 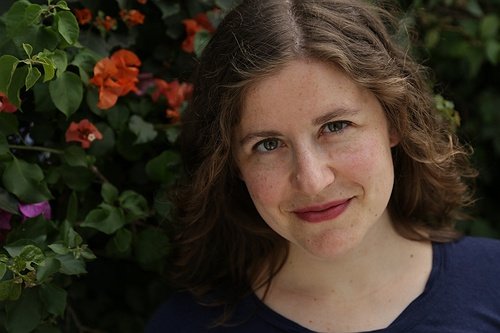 Sag Harbor, NY - May 1, 2015 - Bay Street Theater is pleased to announce the cast and full creative team of the World Premiere of THE NEW SINCERITY, A New Comedy by Alena Smith, directed by Bob Balaban. The production will run from May 26-June 14.

This new play explores how in today’s world, balancing politics, love and the quest for success (along with one’s social media presence) can get complicated.  When her ambitious literary circle gets involved with a rowdy Occupy-style movement, young journalist Rose Spencer finds herself in a love triangle where it’s hard to tell the difference between sincere action and skillful self-promotion.  Alena Smith offers a smart and savvy portrait of a rising generation in her new comedy.

The cast stars Teddy Bergman (Peter and the Starcatcher, Sex Lives of Our Parents) as Benjamin, Peter Mark Kendall (Girls, The Americans) as Django, Justine Lupe (Cristela, Shameless) as Rose, and Elvy Yost (Pocatello, The Belle of Belfast ) as Natasha.

A “Pay What You Can” performance will be on May 26 at 7 pm. “PWYC” tickets are limited and will be available at the Box Office beginning at 2 pm on May 26. Previews are sponsored by Peconic Landing.

STUDENT SUNDAY MATINEES returns this summer for the Mainstage Season, High School and College students can receive (1) FREE admission for the 2pm performance of THE NEW SINCERITY. Photo ID must be shown.

Returning this year is TALKBACK TUESDAY with Bay Street’s Artistic Director, Scott Schwartz, and members of THE NEW SINCERITY cast following each Tuesday performance except for preview week.

Alena Smith (Playwright) was one of Variety's 10 TV Writers To Watch in 2014. She lives in Los Angeles, where she writes for Showtime's The Affair, and previously wrote for HBO's The Newsroom. Alena created the Twitter character Tween Hobo (featured in Paste, The Believer, A.V. Club, and elsewhere); Tween Hobo: Off The Rails, a novel, was published by Gallery Books in 2014. Alena’s plays have been produced internationally, including The Bad Guys, which was made into an independent film. She received her MFA in Playwriting from the Yale School of Drama, and studied Philosophy at Haverford College and Oxford. Her essays about writing for theater, TV, and the internet have been published in Grantland and the Los Angeles Review of Books.

Justine Lupe (Rose) can currently be seen as a series regular on the ABC’s hit show Cristela. A Julliard grad, she recently appeared in Noah Baumbach's Frances Ha opposite Greta Gerwig and Adam Driver. In 2013, she starred in the Philip Seymour Hoffman-directed family drama A Family for all Occasions at the Bank Street Theater. Last year Justine starred in the FOX’s pilot Dead Boss, with David Cross and Jane Krakowski. Additionally, Justine has guest starred in shows such as Shameless, Southland, and Hulu’s Deadbeat.

The 2015 Mainstage Season is sponsored in part by New York State through the generosity of Assemblyman Fred Thiele and State Senator Kenneth P. LaValle; the New York State Council on The Arts, a State Agency; Town of Southampton; The Harold and Mimi Steinberg Charitable Trust; The Shubert Foundation; and fully or partially funded by the Suffolk County Executive’s Office. Preview weeks for all three productions are sponsored by Peconic Landing. Support for new work comes from The Scott Schwartz New Development Fund and the Joseph Stein New Musical Fund.

To purchase a 2015 Mainstage Season subscription, log on to www.baystreet.org or call the Box Office at 631-725-9500 Tuesday – Saturday 11 am – 5 pm. For more information about Bay Street Theater, click here.