Team of various local lawmen include corrections, police, and sheriffs. 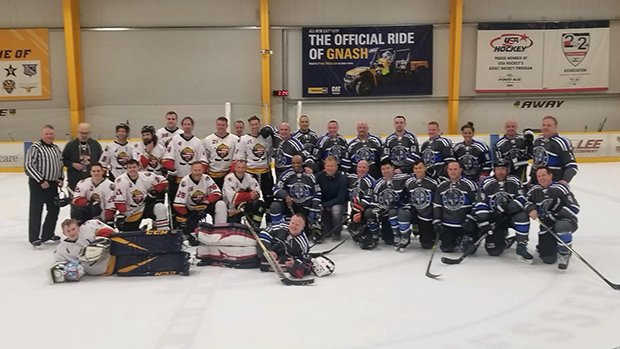 The Suffolk Lawmen, a charity ice hockey team made up of various law enforcement officers including sheriff, corrections, and police, returned victorious from Nashville, TN where they played in a charity hockey tournament. In the series, the team beat the Nashville Fire Hockey team. The event raised money for a Nashville firefighter.

The Suffolk Lawmen won both games of the series by the scores of 5-2 and 7-3, according to a post on Facebook. They were coached by former NHL All Star and Long Island native Mike Komisarek. Sheriff Errol Toulon, Deputy Undersheriff Mike Catuosco, and SCPD First Deputy Commissioner James Skopek all starred in the series.