Schumer Reveals: North Hempstead is Locked Out of Using $2M in Fed Funds 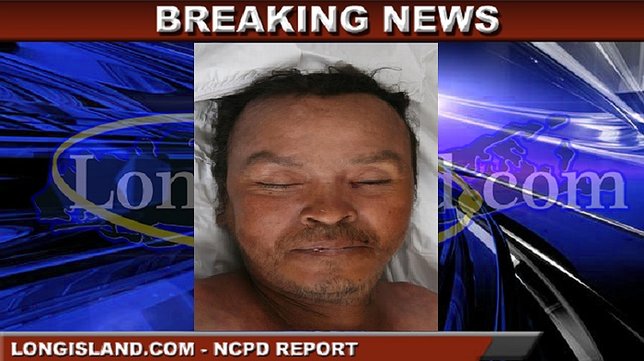 In 2005, Town of North Hempstead secured $2M in federal funds for a project that's no longer needed; until now, federal rules have blocked reuse of dollars; Schumer pushes to unlock leftover money to pay for other critical projects in LI town.

North Hempstead, NY - May 3, 2016 - U.S. Senator Charles E. Schumer today called on the Federal Highway Administration (FHWA) and the New York State Department of Transportation (NYSDOT) to unlock $2 million in previously secured federal transportation funding for the Town of North Hempstead, by repurposing an old unused earmark.  In 2005, the Town of North Hempstead was awarded a $2 million earmark for a repaving project on Grand Boulevard, Westbury, however, the project was completed using other funding and so, the money was never spent. Until now, federal rules blocked the reuse of funds even if the project was no longer needed. However, a newly enacted Schumer-backed law now gives FHWA and NYSDOT the authority to repurpose any unspent money to newer projects nearby that are needed. This means there is new hope to both unlock these funds and put them to good use on local projects.

“This money was committed to the Town of North Hempstead, and just because the initial project is no longer needed doesn’t mean we should lose out on this federal investment in our local transportation infrastructure,” said Representative Kathleen Rice. “Instead of letting this money continue to go unspent or seeing it diverted elsewhere, the Town of North Hempstead should be free to invest in other important local projects that are in need of funding right now, from upgrading roads in the Garden City Park Industrial Zone to completing the Hempstead Harbor Trail.”

“The repurposing of federal transportation dollars for North Hempstead is essential to assist us in completing projects that benefit our residents and improve our infrastructure. The funding would also reduce the need for borrowing for the projects, and that’s great news for the Town and its taxpayers,” said North Hempstead Town Supervisor Judi Bosworth.

Schumer helped pass a new provision in the FY2016 Consolidated Appropriations Act includes that would finally allow for these funds to be unlocked and repurposed for a new project. Specifically, the provision provides States, in consultation with the FHWA, the authority to repurpose older unspent earmarks to new eligible projects. According to the rule, the funds could be used on a newly needed project within fifty miles of the original project. Otherwise, the funds must be used for the originally intended project or remain unspent.

Complete the Hempstead Harbor Shoreline Trail ($700,000)
The Hempstead Harbor Shoreline Trail is a popular local trail that is currently 1.25 miles long and funded with $800,000 from NYS Parks, Nassau County Bond Act, and local funds. Schumer said that $700k would help expand the popular trail to over 2 miles.  The development of this trail will significantly increase public access to the Hempstead Harbor coastal shoreline, provide scenic view corridors, preserve native plantings, provide interpretive signage, rest areas and preserve open space. The trail will act as a buffer for the Harbor and wetlands, enhancing water quality. The trail will provide a link to the recreational resources in the adjacent areas including North Hempstead Beach Park, Harbor Links Public Golf Course, playing fields and the Sand Miners Memorial into a recreational hub. (Project total is $1,867,000)

Complete the Plandome Road culvert reconstruction project ($500,000)
The Plandome Road Culvert connects Leeds Pond (a tidal pond) and Manhasset Bay.  The culvert is showing deterioration, and if it collapses it will sever Plandome Road, which is a major evacuation route for the Port Washington Peninsula. The Town obtained $1.5 million in state funds.  The project is expected to cost $2 million.  This project is shovel ready. (Project total is $2M)

Planning, design & engineering to support development of the Garden City Park Industrial Zone ($300,000)
The Garden City Park Industrial Zone is a section of Garden City Park, located between Herricks Road to the east, County Courthouse Road to the west, Jericho Tpke to the north and the LIRR main line to the South.  There is also a considerable amount of residences that borders the industrial zone.  Due to the large number of heavy vehicles that travel these roads every day, there is considerable damage done to these local roads.  This money would design and engineer a plan to upgrade these roads to handle the heavy traffic and not impose on the residential traffic. (Project total is $300,000)