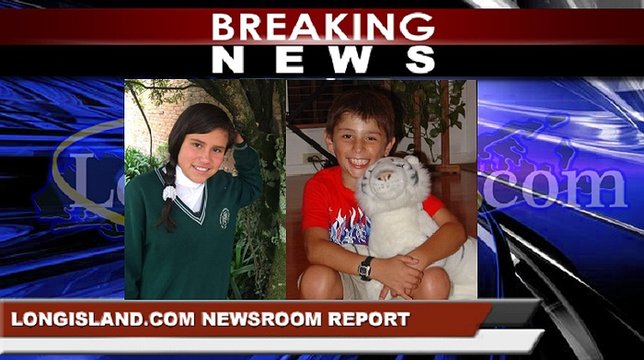 This year marks the 100th year of Girl Scouts' "Gold Award," the highest and most prestigious award a Girl Scout can earn.

Throughout 2016, Girl Scouts across the country are inviting alumnae and supporters to join them in “Celebrating 100 Years of Changing the World” by highlighting girls and women who have received the Gold Award, the highest award a Girl Scout can earn. The Gold Award centennial recognizes a century of girls whose service projects have created meaningful, sustainable change in their communities and around the world. Schumer, who has been working to bring attention and applause to New York-based organizations that have helped boost New York’s economy, joined GSUSA in celebrating the many Girl Scout Gold Award recipients who have positively impacted New York and the country with their creative, substantive, and sustainable “Take Action” projects. 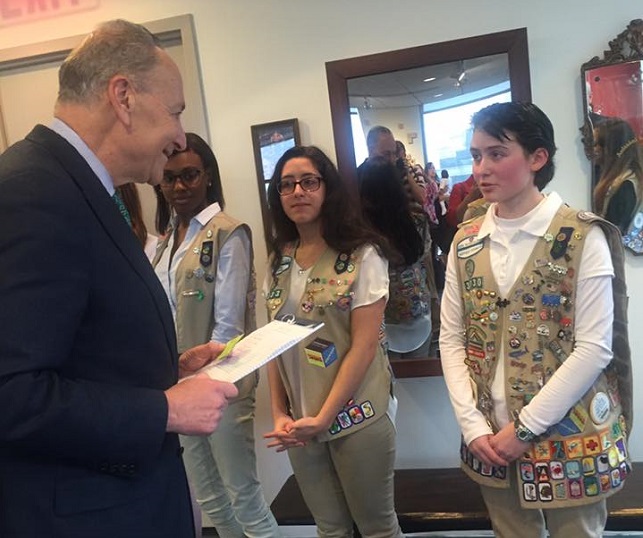 Schumer continued, “Like the Boy Scouts’ Eagle Scout rank, the Girl Scout Gold Award recognizes those who have made a meaningful impact in their community and demonstrated tremendous aptitude. I am proud to be a part of this centennial celebration, which rightfully honors and highlights the extraordinary achievements of young women across the country and shows the world that all of us—regardless of gender—can do anything we put our minds to! The great strides of these Gold Award recipients will have a lasting impact on our communities for years and years to come.”

“The Girl Scout Gold Award is a symbol of hope and excellence, a testament to what girls can achieve—to their vision and fortitude, leadership and dedication,” said Anna Maria Chávez, CEO, GSUSA. “From its beginning in 1916 as the Golden Eaglet, the award remains to this day the gold standard, the highest achievement in all of Girl Scouting.”

Similar to attaining the Eagle Scout rank, earning the Girl Scout Gold Award is a powerful and transformative experience that speaks to the commitment of the girls who work tirelessly to receive it. According to the Girl Scout Research Institute, Gold Award recipients receive greater lifetime benefits than their peers, reporting a more positive sense of self; more leadership experience; and greater life satisfaction, life success, community service commitment, and civic engagement—thanks to their Girl Scout experience, including earning their Gold Award.

Additionally, in March, both the U.S. Senate and House introduced a congressional resolution honoring Girl Scouts and 100 years of the Gold Award. Schumer was an original cosponsor of the resolution. In April, the Senate unanimously passed the resolution.

As further background, Girl Scouts has nearly 60 million living alumnae—many of today’s most powerful women in business, government, the arts, and beyond, including 75 percent of women in the United States Senate, who can trace their success back to their experience as Girl Scouts. Since 1916, Girl Scouts have been earning their Gold Award and discovering their passions, connecting with others to solve community problems, and making the world a better place. Girl Scout councils across the country will be hosting events in their communities to celebrate 100 years of the Gold Award throughout 2016. GSUSA is proud to be headquartered in New York City and looks forward to bringing Girl Scouts from around the world to its visitor center for years to come.