By Christian Abbatecola Published: May 02 2013

A US citizen who has been detained in North Korea for 6 months has just received sentencing. 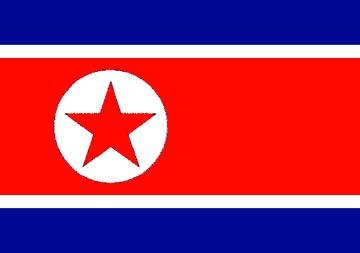 After months of warmongering and saber-rattling, the violent rhetoric coming out of North Korea seems to have finally died down quite a bit. This may have something to do with the discontinuation of US-South Korean military drills which were a source of great agitation for Pyongyang; whatever the reason, the scaling back of Kim Jong-un’s menacing pomposity is cause for relief.

Unfortunately, for one American citizen the North remains just as real and immediate a threat as ever. Kenneth Bae, a resident of Washington State who was born in South Korea under the name Pae Jun Ho, was sentenced to 15 years of hard labor by the DPRK’s Supreme Court today according to the state-run Korean Central News Agency. He was accused and convicted of committing “hostile acts” toward the North, though KCNA did not specify of what those acts consisted.

Bae had been living in Dallan, a city on the Chinese-Korean border, working as a tour-guide. He was arrested in the economic zone of Rason, which borders on both China and Russia; Bae reportedly crossed over the border to share food with hungry orphans regularly. On November 3rd 2012 he was captured and taken into custody, where he has since remained.

The United States is working with the Swedish Embassy in North Korea to confirm reports of the sentencing (Washington has no formal relations with Pyongyang) and work toward his release. The State Department said on Monday that it had appealed for the release of Kenneth Bae on humanitarian grounds, and that Swedish representatives had last been able to visit him on Friday, April 26th.

Other American citizens have previously been detained by the hermit state in recent years. Two journalists were imprisoned in 2009 and given sentences of 12 years hard labor until President Bill Clinton flew to North Korea to negotiate their pardon and release with then-leader Kim Jong-il. It is possible that Bae may be held as a bargaining chip to get more attention from Washington and bolster the stature of Kim Jong-un among his own military brass.