U.S. Senator Charles E. Schumer today announced that his new legislation, which would help school districts across New York State test their drinking water for potential lead contamination, has been included in the must-pass Water ... 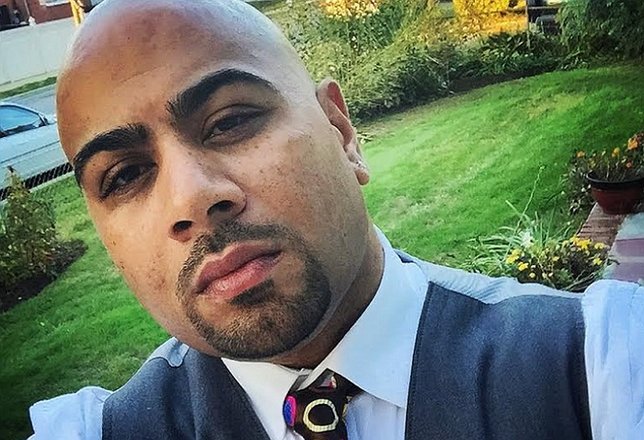 Long Island, NY - April 28, 2016 - U.S. Senator Charles E. Schumer today announced that his new legislation, which would help school districts across New York State test their drinking water for potential lead contamination, has been included in the must-pass Water Resource Development Act (WRDA) that is currently being debated in Congress. Schumer said this bill would establish a new $20 million federal grant program for schools that choose to test for lead. Schumer pointed to the recently revealed high levels of lead found in more than 60 samples taken at two Ithaca schools, as evidence that lead is a potentially significant problem in New York. Schumer explained that toxic lead-based pipes were not banned until 1986 and, as a result, schools whose water is supplied by pipes made before 1986 could contain lead. Schumer said our first priority should be keeping New York State children’s drinking water safe when they are at school. Schumer therefore called this legislation a critical first step and vowed to fight for more funding to address lead contamination in school drinking water.

Earlier this year, Schumer visited Long Island to push his legislation alongside the Superintendent and Board Members of Long Beach School District and Nassau BOCES.

“Right now, when it comes to the place kids spend the most time – school – there is a yawning gap in our lead-testing protocols, and the recently discovered lead contamination in Ithaca only underscores this concern. At the federal level, we do not require or support lead testing in schools. Giving our schools the resources they need to test the quality of our kids’ drinking water is the right and safe thing to do because, while lead poisoning is irreversible, it is first and foremost preventable,” said Schumer. “This legislation would create a $20 million grant program and take the critical first step in allowing schools that want to test their water, to do just that. And I will continue fighting for additional federal funding so we can expand this program and ensure that every drop of water that comes from a school’s faucet or fountain is pure, clean and safe.”

Schumer said the Ithaca situation in Upstate New York has made it clear that lead pipes could still be contaminating the water that runs from both independent and public water sources and, therefore, potentially tainting the water that New York State schoolchildren are drinking. Specifically, higher levels of lead were found in more than 50 samples taken at the Caroline Elementary School, and in 11 samples taken at the Enfield Elementary School. The lead-water levels were found to be over 15 parts per billion (PPB), which is considered to be actionable by the federal EPA. These two Ithaca-area schools were able to detect this lead in a timely manner because they have been required to test for lead every three years; this is a requirement of districts serviced by private well water. However, because the other 10 school buildings within the district are serviced by a public municipal water source, they were never required to complete this kind of lead testing. Schumer said this discrepancy means other schools across the state may be slipping through the cracks and therefore contain lead as well.

As a result, in March, Schumer announced he would be introducing new legislation aimed at providing grants to schools to test their water for lead contamination. Schumer said more resources and financial incentives must be provided to states like New York so communities can better protect their children – and workers – when they are at school. Specifically, Schumer said this legislation will create a new $20 million federal grant program through the U.S. Environmental Protection Agency (EPA) that would help school districts across New York State test their drinking water for potential lead contamination. Schumer said that while he pushed for $100 million– and was included in his original proposal – this initial $20 million is a critical first step to get the program up and running. He vowed to fight for more funding on the federal level to further address this lead crisis.

Schumer said that with more than 100,000 schools across the U.S., including more than 700 school districts – which encapsulate more than 13,000 individual schools – across the State of New York alone, it is critical educational institutions are able to test for lead if they wish to. This grant program was originally part of a 1988 bill called the Lead Contamination Control Act, but the legislative text outlining the program was struck down by the courts due to a drafting error. Schumer said an annual grant program would encourage schools to apply for federal funding year-in and year-out: if a school district did not apply for or receive funding to test for lead in that particular year, they could apply the following year. Schumer said this legislation would allow the federal government do more for schools that want to test for lead contamination and ensure the water that children drink in New York State schools is safe for consumption.

Schumer said that, despite successful work over the past decade to reduce the number of children with blood-lead levels of at least 10 micrograms per deciliter across NY, there is still a large number of children now known to have blood-lead levels between 5-9 micrograms per deciliter. Since 2012, the CDC has used a reference level of 5 micrograms per deciliter to identify children who have blood-lead levels that are much higher than most other children and are considered dangerous. According to the National Institutes of Health (NIH), lead is much more harmful to children than adults because it can affect children’s developing nerves and brains. According to the National Center for Healthy Housing, childhood exposure to lead has lifelong consequences, including decreased IQ and cognitive function, developmental delays and behavioral problems. Very high levels of lead exposure can cause seizures, coma and even death.

Some health organizations, like the National Center for Environmental Health in a 2012 study, argue that no safe blood-lead threshold in children has yet been identified. For this reason, Schumer said it is disturbing that many schools across NY could contain lead pipes because they were built before 1986 when these particular pipes were banned. In addition, at the time, “lead free” was defined as having solder and flux with no more than 8 percent lead in pipes. Many pipes and plumbing fixtures, such as spigots and faucets, were allowed to be manufactured with lead levels above 8 percent before 2014. According to the U.S. Environmental Protection Agency (EPA), 10-20 percent of the lead that poisons children comes from tap water.

Schumer said the severity of this situation has become more and more evident in New York as of late, particularly with the recent discovery of elevated levels of lead in the Ithaca City School district. Following the discovery, Schumer pushed the EPA to have lead experts assist the City of Ithaca. Following Schumer’s push, the EPA recently announced that it would provide assistance to the Ithaca City School District, in order to help it determine the extent of the problem and how these high levels of lead can be mitigated.