A.G. Schneiderman Proposes Bill To Address Widespread Illegal Use Of Software To Purchase Tickets To Concerts And Other Events

Attorney General Eric T. Schneiderman today announced that he would propose legislation in Albany to address the rampant illegal use of automated software, or “bots,” to purchase tickets to popular concerts, sporting events, and other ... 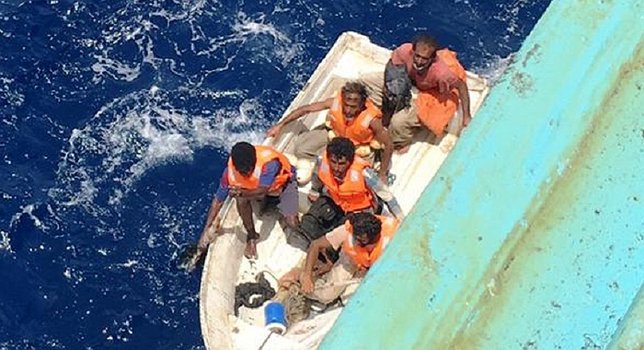 New York, NY - April 28, 2016 - Attorney General Eric T. Schneiderman today announced that he would propose legislation in Albany to address the rampant illegal use of automated software, or “bots,” to purchase tickets to popular concerts, sporting events, and other live performances.  The bill draws on findings from the Office of the Attorney General’s multi-year investigation into the difficulties New York consumers face getting access to tickets to popular cultural events at face value, described in its January 28, 2016 report, “Obstructed View: What’s Blocking New Yorkers From Getting Tickets.”

“For too long, unscrupulous ticket brokers have used illegal bots to scoop up tickets for popular events, denying ordinary fans the chance to buy tickets at face value,” said Attorney General Schneiderman. “By strengthening New York’s anti-ticket bot law, this bill will give fans a fairer shot at purchasing tickets to see their favorite performers.”

Ticket bots, which are illegal under New York’s Arts and Cultural Affairs Law, provide unscrupulous ticket brokers with an unfair advantage over fans.  Bots can reserve and purchase tickets at a pace that humans cannot match.  Brokers using bots – either directly or by buying from others who use the bots – can therefore amass hundreds of tickets in an instant, often within moments of the tickets’ release. Fans frustrated by concerts and other events that appear to sell-out immediately are then forced to purchase tickets from these unscrupulous brokers on the ticket resale market at substantial markups, at times reaching into thousands of dollars per ticket.

The Office has successfully enforced New York’s existing law, which prohibits the use of certain types of automated software to purchase tickets, against ticket brokers, including settlements announced yesterday with five ticket brokers that were required to pay more than $2.6 million in disgorged profits and penalties to the State stemming from their illegal use of ticket bots.  The Office has found, however, that the use of ticket bots is widespread, and that the law should be strengthened to further deter their use.  The Attorney General’s proposal would enhance the existing law by: expanding its scope to include additional types of ticket bots, prohibiting professional ticket resellers from selling or offering to sell tickets that they know have been illegally acquired using ticket bots, increasing the civil penalties for violations of the law, and making the use of ticket bots a criminal offense.

"The Attorney General offers up fresh evidence that the ticket-scalping market is rigged, the opposite of an open transparent marketplace,” said Russ Haven, NYPIRG Legislative Counsel, of the Attorney General’s recently announced settlements with ticket brokers. “Fans can't get a fair shake when it comes to buying tickets under the current system, competing against industry insiders, corporate expense accounts and now sophisticated computer systems.  The Legislature has created a Wild West environment for ticket sales. Based on his experience investigating and prosecuting illegal scalping activities, the Attorney General is proposing to close a loophole in the state ban on the use of ticket-buying software and, most importantly, calling for it to be illegal for so-called ticket brokers to 'fence' tickets illegally obtained using computer programs to unsuspecting New York fans."