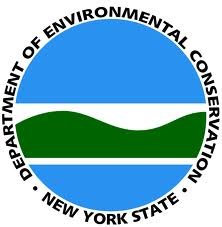 "Preventing the introduction of CWD into New York is a high priority for DEC to ensure the health of our wild deer herd and to protect the recreational and viewing opportunities deer provide," said Commissioner Joe Martens. "Hunters can play an important role in keeping CWD out of the state and in keeping our deer herd healthy. The most effective way to protect New York's deer herd is to keep CWD infectious material out of the state."

Chronic wasting disease is a highly contagious disease that affects deer, elk, moose and other members of the deer family ("cervids"). CWD is always fatal and there are no vaccines or treatment available. CWD is caused by a misfolded protein called a "prion" that can infect animals through animal-to-animal contact or via contaminated environments. The highest concentration of prions are found in the brain, lymph nodes and spinal tissues of infected animals. Infected animals shed prions in their urine, saliva and feces. Prions can bind to the soil and remain infectious for many years, if not decades.

DEC has been testing wild white-tailed deer for CWD since 2002. In 2005, CWD was found in both captive and wild white-tailed deer in Oneida County. After intensive disease response efforts, no subsequent cases have been detected over the past 10 years. In the 2014-15 surveillance period, DEC tested 2,335 samples from hunter-harvested deer and 86 clinical deer that appeared sick or abnormal. DEC partners with cooperating meat processors and taxidermists to obtain samples each year.

For wildlife diseases like CWD, prevention is the most effective management policy. DEC is developing a comprehensive CWD prevention plan that will be available in 2015.

If there is another CWD outbreak in New York, state agencies are prepared. DEC recently developed an Interagency CWD Response Plan with the NYS Dept. of Agriculture and Markets. This response plan will be used if the disease is detected in either captive cervids or wild white-tailed deer or moose.

There is no evidence that CWD can infect humans but DEC urges caution when handling or processing CWD-susceptible animals. Never eat the meat from any wild animal that is sick-acting or sick.