The ever expanding smartphone market has outsold feature phones for the first quarter ever. 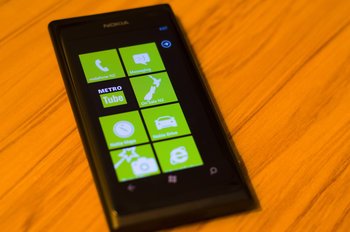 The International Data Corporation is reporting that in Quarter 1 of 2013 mobile phones with computing functionality made up the majority of cellphones shipped. This marks the first time that smartphones have outpaced worldwide sales of more basic mobile handsets. 216 out of 419 phones made in Q1 were of the smarter variety, making up 51.6% of production.

It may seem a forgone conclusion that smartphones have been the dominant players in the cellular market for some time now, but such has not been the case. While manufacturers have certainly been pushing touchscreen devices loaded with iOS, Android, or other smartphone software and retailers have been happy to put all their focus on these mid to high-end phones, not everyone has made the leap to the relatively young technology. Not all consumers are completely comfortable with using the comparatively complicated operating systems, and some people really just need a cellphone that can operate as a simple phone, not a mobile computer. There are of course those who cannot justify the added cost of a data plan, which can be especially problematic in certain markets outside the US and other more developed nations.

What the IDC’s report shows, however, is a growing shift away from feature phones and basic cellular devices upon which tech enthusiasts have bestowed the more pejorative moniker, “dumbphones.” “Phone users want computers in their pockets. The days where phones are used primarily to make phone calls and send text messages are quickly fading away,” said Kevin Restivo, a senior research analyst at the IDC.

Data collected by the IDC also shows Samsung has increased its lead over Apple in smartphone shipments this past quarter; Samsung improved from 29% to 32.7% market share whereas Apple fell from 23% to 17.3%. LG saw substantial gains as well, likely due to its partnership with Google in manufacturing the Nexus 4.