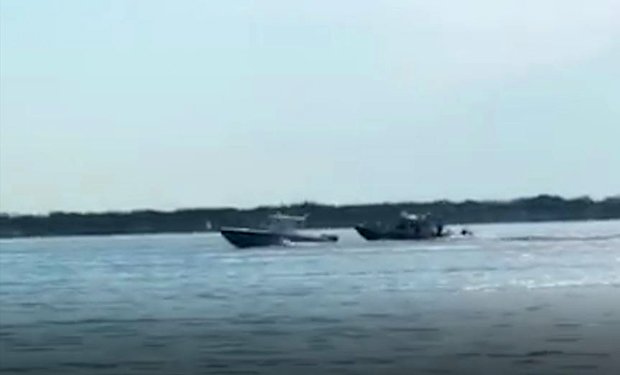 After a good Samaritan fished a Medford man out of the water who went overboard off his boat on Sunday, Suffolk Police Marine Bureau Officers stopped his runaway boat that was circling Bellport Bay.

According to police, at about 9am, a man operating his 39-foot fishing boat in Bellport Bay was thrown into the water after he tried to make a turn but was hit by a wake from a passing vessel.

He was not wearing a lifejacket and had to tread water before he was rescued by another boater in the area.

Police say the man was in the water for about 15 minutes before being rescued.

Marine Bureau Officers Michael Cappiello, Brian Flatley and Shane Parker responded on their vessel, Marine Mike. The officers maneuvered their Marine Mike next to the renegade boat and Officer Parker was able to climb onboard to shut down the engines.

Watch the video below:

The victim was transported to Long Island Community Hospital in East Patchogue for treatment of minor injuries.