A.G. Schneiderman Announces Resources For Parents To Safeguard Their Children From Lead Poisoning 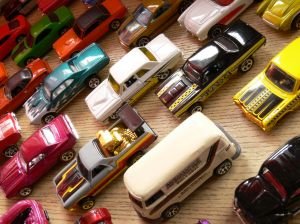 New York, NY - April 24, 2015 - Attorney General Eric T. Schneiderman announced today new resources to help parents protect their children from lead poisoning. His office has created two new publications for parents, Should My Child Be Tested For Lead Poisoning? – which provides a useful checklist to determine whether a child is at risk for lead poisoning and should be tested by a health care provider – and Lead Paint Poisoning: Keep Your Home and Children Safe, which details actions parents can take to protect their children from the most common source of lead poisoning, exposure to the paint and dust from lead-based paints.
“As a father, I know that protecting the health of our children is one of a parent’s most important responsibilities,” Attorney General Schneiderman said. “While my office continues to work to eliminate childhood lead exposures – including urging retailers to ensure their products are safe for kids – I hope all New York parents will use these materials to protect their children from its dangers.”
Although lead poisoning is a preventable disease, it continues to be a major children’s environmental health problem in the United States. New York consistently ranks high in the country on key risk factors associated with childhood lead poisoning, including many young children living in poverty, a large immigrant population, and an older, deteriorated housing stock. According to a 2009 report of the New York State Task Force on the Prevention of Childhood Lead Poisoning, thousands of children in the state are at risk for lead poisoning.
The most common cause of lead poisoning occurs when children come in to contact with lead in their homes – especially those build before 1978 – by breathing in dust, or handling and ingesting paint chips from old lead paint. Less commonly, children may be exposed to dangerous amounts of lead in a number of different ways, including children’s jewelry and charms, traditional medicines or folk remedies, and through certain food or liquid containers.
Lead testing is mandatory for all New York State children at ages 1 and 2 – and is recommended for all children up to age 6 who are at risk for lead poisoning.
In December, Attorney General Schneiderman issued a letter to retailers across New York State – including Toys R Us, Walmart and Target – reminding them of their legal obligation to ensure the safety of children’s products, especially from toys that contain toxic chemicals – including lead – that present risks to human health. Learn more about the Attorney General’s letters here.