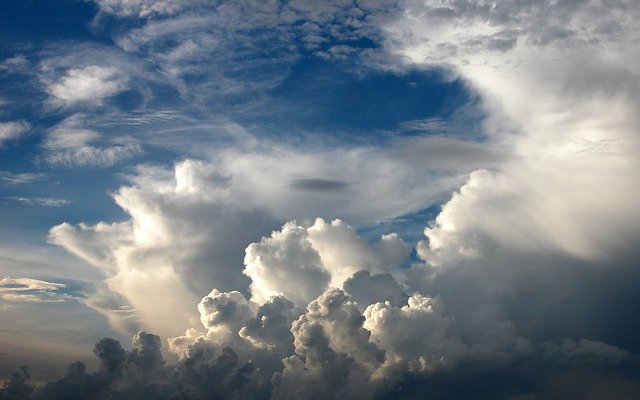 Ozone Standards Would Prevent Up To 660 Premature Deaths; 230,000 Asthma Attacks In Children; And More.

New York, NY - April 26, 2017 - Today, New York Attorney General Eric T. Schneiderman led a coalition of 16 Attorneys General in urging Congress to reject the rollback of critical protective ozone air quality standards.
In letters to the chairmen and ranking members of the Senate Committee on Environment and Public Works and the House Committee on Energy and Commerce, the Attorneys General detailed their opposition to S. 263 / H.R. 806, the Ozone Standards Implementation Act of 2017, which would substantially delay the ozone standards promulgated by the Environmental Protection Agency in 2015 – marking a major step backwards in efforts to combat pollution and its negative impact on public health.
“The EPA’s ozone standards aren’t just vital to protecting our environment – they will literally save lives,” said Attorney General Schneiderman. “Too often, states like New York see our efforts to combat ozone pollution undercut by upwind states. I’m proud to partner with my fellow Attorneys General in urging Congress to reject the rollback of these critical standards. The health of our children, seniors, and people across the country depends on it.”
Click here to read the letters.
People exposed to elevated levels of ozone suffer from lung tissue damage, as well as aggravation of asthma, bronchitis, heart disease, and emphysema; children and seniors are particularly susceptible to ozone’s harmful health effects. The 2015 ozone rule is expected to result in vital public health benefits. In fact, the EPA conservatively estimated that meeting the new standards would result in net annual public health benefits of up to $4.5 billion starting in 2025 (not including California), while also preventing approximately:
“This bill would not only delay implementation of more protective ozone air quality standards, but, more broadly, would undermine the mandate in the Clean Air Act (Act) that the national ambient air quality standards for ozone and other criteria pollutants be based on up-to-date scientific evidence and focus solely on protecting public health and welfare,” the Attorneys General wrote. “As explained below, these measures would be a significant step backward in combatting the dangers of ozone and other criteria pollutants.”
“In summary, ozone pollution remains a serious and persistent problem for our nation, posing a particular risk to the health of children, the elderly and the sick, as well as individuals who spend time outdoors. Because S. 263 would represent a significant step backward in combatting ozone and other dangerous criteria pollutants, we urge you to oppose the bill,” the Attorneys General concluded in their letter to the Senate.
The letters were signed by the Attorneys General of New York, California, Connecticut, Delaware, Illinois, Iowa, Maryland, Massachusetts, New Mexico, Oregon, Pennsylvania, Rhode Island, Vermont, Virginia, Washington, and the District of Columbia, as well as the Acting Secretary of the Pennsylvania Department of Environmental Protection.
Today’s letters follow a number of actions Attorney General Schneiderman and his fellow Attorneys General have taken to protect our environment and public health. Attorney General Schneiderman leads the coalition of state and localities defending the Clean Power Plan; he is also fighting back against the Trump administration’s efforts to weaken vehicle emission standards, suing the administration for its delay of energy efficiency standards, and opposing President Trump’s Executive Order that seeks to eliminate the Clean Water Rule.