Featuring the second annual Belmont Stakes Racing Festival, itself anchored by the 148th renewal of the Grade 1, $1.5 million Belmont Stakes on Saturday, June 11, live thoroughbred racing will return to Belmont Park on ... 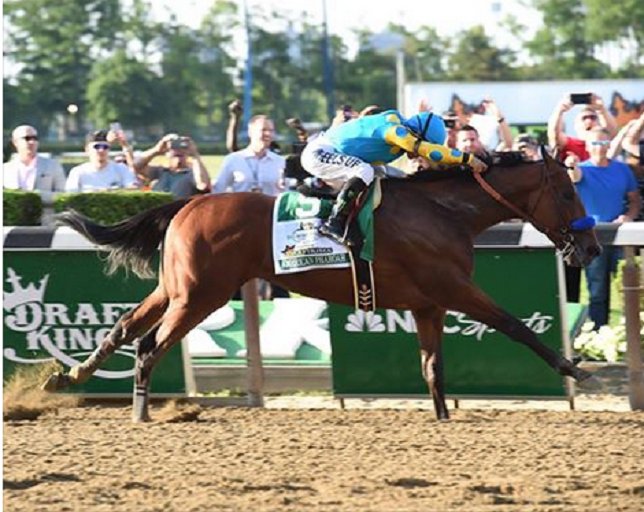 Elmont, NY - April 25, 2016 - Featuring the second annual Belmont Stakes Racing Festival, itself anchored by the 148th renewal of the Grade 1, $1.5 million Belmont Stakes on Saturday, June 11, live thoroughbred racing will return to Belmont Park on Friday, April 29 for its 54-day spring/summer meet packed with exciting racing action and a variety of special events designed for fans of all ages.

First post time is 1:30 p.m. on Friday and admission gates will open at 11:30 a.m. General admission is $5 and general parking is free.


The 1 ½-mile Belmont Stakes, the oldest and longest leg of racing's Triple Crown, will bring down the curtain on three days of world-class racing, featuring 19 stakes worth $9.6 million beginning Thursday, June 9 and continuing through Belmont Stakes Day.

As the premiere event of the spring/summer meet, the Belmont Stakes Day will be comprised of five Grade 1 contests supporting the final and most elusive jewel of the Triple Crown: the $1.25 million Metropolitan Handicap ("Met Mile") for 3-year-olds and up, the $1 million Manhattan for older horses on the grass and the $700,000 Longines Just a Game for the turf female division, as well as the $1 million Ogden Phipps for fillies and mares and the $700,000 Acorn for sophomore fillies.

Grammy-nominated, multi-platinum recording artist Daughtry will headline the entertainment on Belmont Stakes Day with a post-race concert to cap off an afternoon of exciting racing and activities, including food trucks, strolling performers, parachuters, a color guard presentation and special performances from the West Point Band and smash hit Broadway musical "Beautiful - The Carole King Musical." 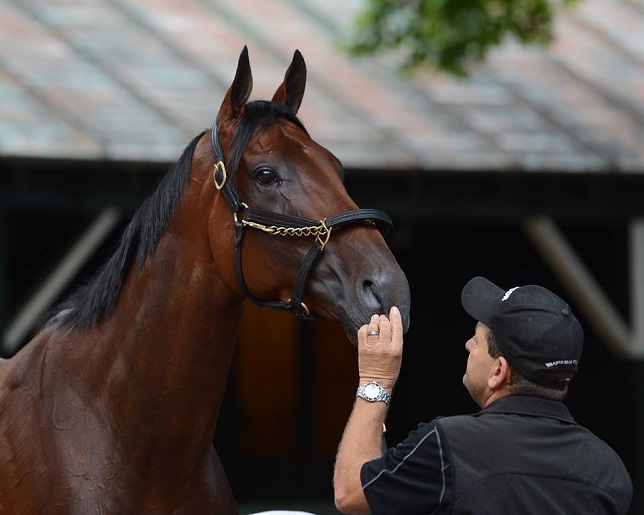 With the Belmont Stakes Draw scheduled on Wednesday, June 8 at Rockefeller Center in Manhattan, Thursday, June 9, will open the premier racing festival as "Community Day" at Belmont Park, highlighted by a live Q&A session with Bob Baffert, the Hall of Fame trainer of 2016 Triple Crown winner American Pharoah. The racing card will feature a trio of stakes in the $200,00 Astoria for 2-year-old fillies, $150,000 Intercontinental for filly and mare turf sprinters and the $200,000 Belmont Coronation Invitational for fillies and mares going 1 15/16 miles on the turf.

Friday's card will feature five stakes worth more than $1.5 million, including the Grade 2, $500,000 New York and the Grade 2, $250,000 True North, as well as hospitality room entertainment and a handicapping seminar. A special post-race concert by country stars Maddie & Tae will close out the second day of the festival. TasteNY vendors will also be on hand with a variety of regional products of wines, spirits, foods, and crafts available for purchase.

Friday will also mark the beginning of the meet's elite high-roller handicapping tournament, the Belmont Stakes Challenge, a two-day live-money handicapping contest with a $10,000 buy-in set to conclude on Belmont Stakes Day with a guaranteed overall prize pool of at least $125,000.

Guests will be able to take advantage of enhanced wifi capacity and other upgrades at Belmont Park as the 2016 spring/summer meet gets underway on Friday with a three-day opening weekend, highlighted by the $100,000 Affirmed Success for New York-bred sprinters on opening day and followed by a pair of turf stakes in the $100,000 Elusive Quality on Saturday, April 30, and the $100,000 License Fee on Sunday, May 1.

As the New York home of Triple Crown racing, Belmont Park will host a live simulcast of the Kentucky Derby on Saturday, May 7, complemented by a full day of live racing along with a wing and beer festival, family fun activities, and a Woodford Reserve bourbon tasting.

Also on Derby Day, students from area schools will be able to take advantage of Belmont's annual "College Day," offering an array of activities and prizes to college students with a valid student I.D.

Belmont Park will celebrate Mother's Day on Sunday, May 8, with free roses to all women dining in the Garden Terrace, a wine tasting, an enter-to-win contest and other family fun activities.

On Preakness Day, Saturday, May 21, fans will be able to enjoy live racing at Belmont as well as full-card simulcasting of the day's events at Pimlico, while picking up the first giveaway item of the summer, a long-sleeve black t-shirt, free with admission while supplies last.

New York-breds take center stage for Big Apple Showcase Day on Memorial Day, May 30, with six stakes races worth $900,000, including a pair of one-mile dirt races: the Commentator and the Critical Eye for fillies and mares, both worth $200,000. Rounding out the Big Apple experience will be various family-friendly activities and food trucks in the backyard as Belmont pays tribute to our nation's military service members.

Dads can take in a car show and celebrate Father's Day on June 19 at Belmont with chair massages, cigar rolling, bourbon tasting and a BBQ set giveaway.

With the exception of the twilight racing cards, Derby and Preakness Day, and the Belmont Stakes Racing Festival, the first race post time at Belmont Park generally will be 1:30 p.m.

"Party at the Park" twilight racing: