Everyday dollar bills are exchanged from hand to hand, but what's really being passed along? A new study finds hundreds and hundreds of bacteria lurking on money. 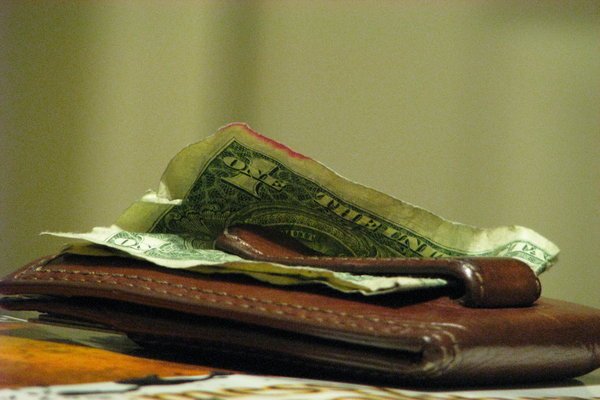 Dollar bills are exchanged hand to hand on a daily basis, but what are you really touching and placing in your wallet?

According to NYU researchers who conducted a comprehensive study called the Dirty Money Project, it looked at DNA on dollar bills and found 3,000 types of bacteria lurking on the bills.

Microorganisms living on dollar bills included those linked to the cause of acne, gastric ulcers, pneumonia, food poisoning and staph infections.  There were even bacteria found to match those found in vaginas.

The experiment was led by Jane Carlton, director or genome sequencing at NYU’s Center for Genomics and Systems Biology.

Researchers conducted the experiment by analyzing the DNA found on 80 $1 bills that were collected at an unnamed bank in Manhattan. Samples were looked at under the microscope and they were also able to identify a number of the species with high-speed gene sequencing and computerized database analysis.

The unpublished findings reveal the U.S. one-dollar bill, which is printed on a cotton-linen blend can be a direct source for transmission of bacteria.

Julia Maritz, NYU genome researcher who completed much of the DNA analysis told The Wall Street Journal: “We had a lot of the spectrum of life represented on money.”

So, the next time you’re handling money, think twice before putting it in your mouth and wash your hands afterwards.