The USPS, a former sponsor of Armstrong, will be seeking damages for his use of PED’s in violation of their contract. 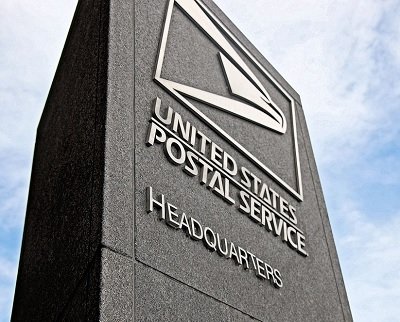 The United States Justice Department formally filed its case against Lance Armstrong late Tuesday evening. Lance Armstrong and his team, Tailwind Sports, were sponsored by the US Postal Service from 1996 to 2004, during which time Armstrong won 6 Tour de France titles and the USPS paid in the vicinity of $40 million to sponsor him.

The complaint filed in US District Court for the District of Columbia claims that the now-infamous cyclist was in violation of his contractual obligations to the Postal Service. Stuart F. Delery, Principal Deputy Assistant Attorney General for the Civil Division of the Department of Justice, stated “The Postal Service contract with Tailwind required the team to enter cycling races, wear the Postal Service logo, and follow the rules banning performance enhancing substances—rules that Lance Armstrong has now admitted he violated.”

According to the complaint, Lance Armstrong was “unjustly enriched” when he accepted money from the USPS during a time in which he now admits to have been taking performance enhancing drugs. “Riders on the USPS-sponsored team, including Armstrong, knowingly caused material violations of the sponsorship agreements by regularly and systematically employing banned substances and methods to enhance their performance,” the complaint reads.

The lawsuit will seek not only restitution for money spent sponsoring Tailwind, but triple the amount of funds given the team, which the Justice Department feels it is entitled to under the False Claims Act. If successful, this suit could put Armstrong on the hook for over $100 million.

“The Postal Service has now seen its sponsorship unfairly associated with what has been described as ‘the most sophisticated, professionalized, and successful doping program that sport has ever seen.’   This lawsuit is designed to help the Postal Service recoup the tens of millions of dollars it paid out to the Tailwind cycling team based on years of broken promises,” said Ronald C. Machen Jr., US Attorney for the District of Columbia. “In today’s economic climate, the US Postal Service is simply not in a position to allow Lance Armstrong or any of the other defendants to walk away with the tens of millions of dollars they illegitimately procured.”

Financial difficulties plaguing the USPS are as well documented as Armstrong’s fall from grace, and this case could play a part in making a small dent in those monetary woes if successful. In order to do that, however, the government will have to prove not that it was defrauded, but that it was damaged by Lance’s use of PED’s. His lawyers will undoubtedly argue that such was not the case as they juggle this lawsuit with several others.