Special Investigation Squad Detectives of the Major Case Bureau report the arrest of defendant Eduar J. Jimenez, 23, of Hempstead for a stabbing crime committed outside a restaurant parking lot on April 5th. 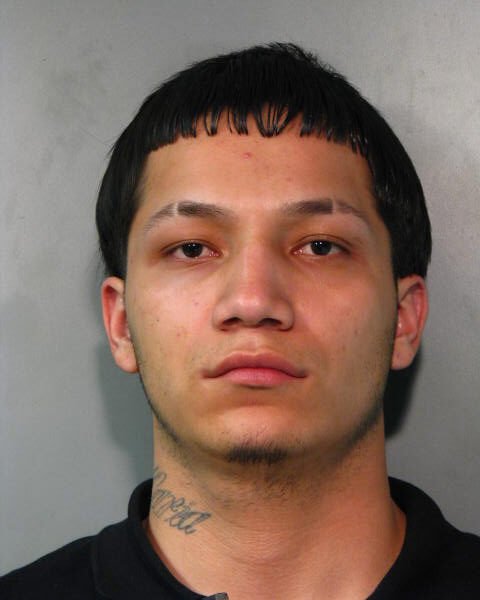 Update - April 20, 2015 - Special Investigation Squad Detectives of the Major Case Bureau report the arrest of defendant Eduar J. Jimenez, 23, of Hempstead for the below crime. He is charged with Attempted Murder 2nd Degree and Possession of a Dangerous Weapon 4th Degree. Jimenez was arraigned on Sunday, April 19, 2015 at First District Court in Hempstead.

According to Detectives, the thirty-eight year old Hispanic male victim and a male friend were exiting the El Mariachi Restaurant located at 277 Fulton Avenue where in the parking lot they were surrounded by seven to ten unknown suspects.  The friend was able to flee, but the victim was stabbed and struck with belts.  The victim was able to break away from the assault, and fell to the ground in front of 75 N. Franklin Avenue.  The victim was transported to a local hospital where he was treated for fourteen superficial stab wounds with no internal injuries.

The suspects are only described as Hispanic males, approximately 20-25 years of age.