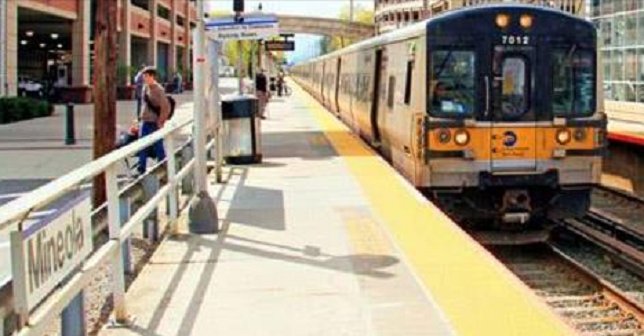 Screening for employees in safety-sensitive positions will identify those deemed at risk and provide them with treatment.

New York, NY - April 19, 2016 - Governor Andrew M. Cuomo and Senator Charles E. Schumer today announced the expansion of a successful sleep apnea testing program for MTA employees. Testing was first begun as a pilot program in January 2015 to screen Metro-North Railroad train engineers, and now the MTA will make the program permanent at Metro-North and bring it to other agencies in the MTA family, including the Long Island Rail Road.

“This program helps us identify workers who may be at risk for sleep apnea, ensure they receive appropriate treatment, and ultimately create a safer MTA,” said Governor Cuomo. “A healthy workforce is crucial to the MTA’s success and, with the expansion of this successful program, we will continue to build a stronger transportation system and keep New York moving forward.”

“Addressing the dangerous risks of sleep apnea requires a blanket policy of both testing and treatment across the MTA,” said U.S. Senator Charles Schumer. “Today’s news that the MTA will soon implement this critical effort within the LIRR is the right move and the safest one. I’ve argued that it shouldn’t take a Long Island Rail Road crash for the MTA to institute NTSB recommendations and test LIRR engineers for sleep disorders. I’m glad the call to make this testing a priority was heeded. Time and again, the NTSB’s common-sense recommendations have taken far too long to enact, or were carried out in a piece-meal way. So, today’s news of real action by the MTA to address this dangerous situation should help commuters rest a little easier.”

Under the program, screenings for obstructive sleep apnea that have already been underway for Metro-North Railroad locomotive engineers will be expanded to Metro-North conductors, Long Island Rail Road train crew members, and be available to other MTA agencies.

Sleep apnea is a medical disorder in which breathing repeatedly stops and starts while a person is sleeping when the patient’s throat muscles intermittently relax and block his or her windpipe. This results in insufficient sleep. Left untreated, someone with the disorder functions with reduced alertness and may involuntarily fall asleep. Those who are at risk for sleep apnea will be referred to medical treatment that can ensure they can do their jobs safely.

The MTA issued a Request for Proposals today to seek a medical firm or firms to conduct the sleep apnea testing for MTA personnel. The proposal may be found by searching the New York State Contract Reporter (www.nyscr.ny.gov). Proposals are due within 30 days.

Metro-North began a pilot program in January 2015 through which 438 locomotive engineers and locomotive engineer trainees underwent an initial screening for obstructive sleep apnea by the Railroad’s Occupational Health Services Department. Medical personnel used body mass index, neck circumference, and other medical information to determine which employees were at risk for sleep apnea, and referred these employees for additional testing. Those referred for additional testing were given a take-home overnight sleep test administered by a medical firm that specializes in sleep disorders and was selected through an earlier Request for Proposals to participate with Metro-North for its pilot program.

Based on the results of the sleep test, some employees were required to undergo medical treatment for sleep apnea, which is generally treated through the use of masks that deliver continuous positive airway pressure, or oral devices that keep the airway open, either of which is worn at home during sleep.

Initiation of a sleep apnea screening program was a recommendation made by the National Transportation Safety Board in October 2014. The NTSB found that the derailment of a Metro-North Hudson Line train on December 1, 2013, occurred because the train’s engineer, who was later found to have had an undiagnosed case of severe obstructive sleep apnea, fell asleep while operating the train and therefore did not comply with a 30-mph speed restriction leading into a curve in the Spuyten Duyvil section of the Bronx.

MTA Chief Safety Officer David Mayer said: “Although it is not required by regulation, the MTA recognizes the safety benefits of sleep apnea screening and treatment. Our pilot program worked well at Metro-North Railroad, and because of this success we are looking forward to extending this safety program to employees elsewhere within the MTA.”

Employees will be screened regularly as part of their existing routine medical re-evaluations.