William DiNapoli is being charged with leaving the scene of an accident after allegedly striking and killing Kenneth McMilleon in Brooklyn. 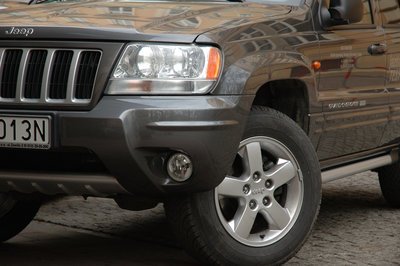 A Long Island man is being charged with leaving the scene of an accident that caused a serious injury after allegedly killing a 67-year-old maintenance worker in Brooklyn on Tuesday.

Kenneth McMilleon, a grandfather of three, was working his early morning shift at 6:20 a.m. when William DiNapoli of Hauppauge flew down East 78th Street near Lexington Avenue in a 1996 Jeep Grand Cherokee.

DiNapoli struck McMilleon with so much force that the bumper broke off of his SUV, leaving the elderly man on the pavement with “blood emanating from his ears,” according to a police report.

McMilleon’s family believed he was sweeping at the time of the hit-and-run, since his broom was found near his body.

The maintenance worker from Howard Beach was taken to New York Presbyterian Hospital, where he was in critical condition with a massive brain injury.  The damage was so great that McMilleon was taken off life support and passed away at 1:29 p.m. on Wednesday.

In addition to his grandchildren, McMilleon leaves behind his wife and four children.

DiNapoli turned himself in to the police late Tuesday, and was able to make his $50,000 bail. According to a criminal complaint, DiNapoli allegedly told the cops that he “panicked and put the car in reverse,” heading the wrong way down a one-way street.  His attorney, Lisa Pelosi, denies that DiNapoli left the scene.

Suffolk Police sources refer to DiNapoli as a “hothead” who has had previous run-ins with the police due to disputes with his neighbors.