Quandale Linton, 26, of Hauppauge, NY, was arrested on March 10, 2021, in the parking lot of 1st District Court in Central Islip. 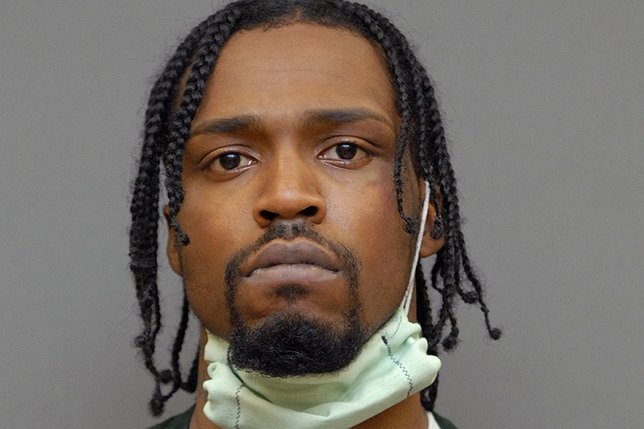 The knife-wielding suspect in a recent stabbing in New York City was released less than one month earlier on his own recognizance from 1st District Court in Central Islip, NY, in line with New York State bail reform guidelines.
Quandale Linton, 26, of Hauppauge, NY, was arrested on March 10, 2021, in the parking lot of 1st District Court in Central Islip. Linton was circling the parking lot in his car and approached a group of Deputies outside the courthouse. One Deputy approached the car and asked if Linton needed assistance. Linton aggressively opened his car door into the Deputy and attacked him, putting him in a chokehold. Other Deputies responded and Linton was taken into custody. He was charged with Felony Assault with Intent to Cause Physical Injury to an Officer in the 2nd, Obstructing Governmental Administration in the 2nd, and Resisting Arrest. Linton was released from court the following day.
On April 8, 2021, Linton was seen wielding a knife, stabbing and chasing a man in the middle of Madison Avenue in East Harlem. NYPD Officers responded and Linton dropped the knife and was taken into custody. He was charged with Attempted Murder.
“Linton would still be held in the Suffolk County Correctional Facility were it not for the bail reform legislation enacted by the NYS Legislature last year,” said Suffolk County Sheriff Errol D. Toulon, Jr. “This legislation did not make our communities safer, as evidenced by the recent actions by Mr. Linton.”
Sweeping reforms that ended cash bail for all misdemeanor and nonviolent felony charges in New York State took effect January 1st, 2020. “Judges used to have some discretion on whether or not an individual should be held on bail,” said Sheriff Toulon “This suspect was given a court date and told to come back for court. Instead he got a knife and attacked another person.”