Payments Are the Second Distribution in a Series of Payments That Together Will Constitute the Largest Payment of Forfeited Funds in the History of the Department of Justice’s Victim Compensation Program. 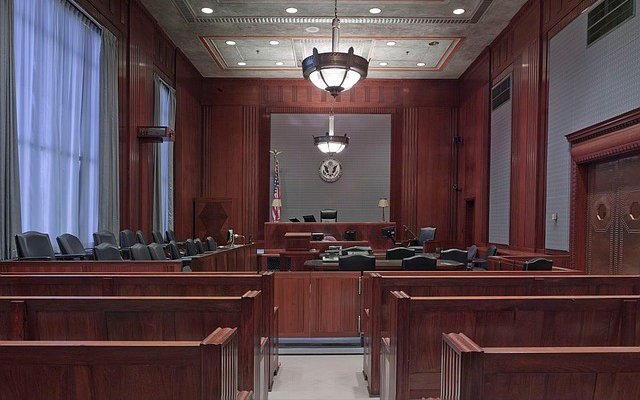 New York, NY - April 18, 2018 - Attorney General Jeff Sessions, Geoffrey S. Berman, the United States Attorney for the Southern District of New York, and William F. Sweeney Jr., the Assistant Director-in-Charge of the New York Field Division of the Federal Bureau of Investigation (“FBI”), announced today that the Madoff Victim Fund established by the Department of Justice began its second distribution of $504.2 million in funds forfeited to the United States Government in connection with the Bernard L. Madoff Investment Securities LLC (“BLMIS”) fraud scheme. These funds will be sent to more than 21,000 victims worldwide, the second of two payments totaling nearly $1.3 billion that the Madoff Victim Fund will return to victims. More than $4 billion in assets have been recovered as compensation for losses suffered by the collapse of BLMIS, following the largest fraud in history.  Another $5 billion in assets recovered by the U.S. Attorney’s Office are being separately paid to Madoff victims through the BLMIS Customer Fund administered by the Securities Investor Protection Act Trustee.
Manhattan U.S. Attorney Geoffrey S. Berman said: “Bernie Madoff committed history’s largest Ponzi scheme. This Office prosecuted Madoff himself, and others who helped perpetrate his fraud, and continues to vigorously pursue money recoveries for his victims.  Today’s payment of more than $500 million is this Office’s second installment in a series of distributions that represent our ongoing commitment to find relief for victims of Madoff’s heinous crimes.”
Attorney General Jeff Sessions said: “In one of the most notorious and unconscionable financial crimes in history, Bernie Madoff robbed tens of thousands of individuals, pension plans, charitable organizations and others, all the while funding a lavish personal lifestyle.  Through the use of asset forfeiture, the Department of Justice has recovered over $4 billion of Mr. Madoff’s fraud, and we continue to work to compensate those he defrauded. Last June, the Department approved more than 39,000 petitions for compensation. Today, during National Crime Victims’ Rights Week, the Department returns more than a half-billion dollars to nearly 22,000 law-abiding people and organizations. We cannot undo the damage that Bernie Madoff has done, but today’s distribution will provide significant relief to many of the victims of one of the worst frauds of all time.”
FBI Assistant Director William F. Sweeney Jr. said: “While today’s distribution of funds is indeed historical in scope, we understand no amount of money could ever restore the damage done by Madoff as a result of his selfish behavior and unforgivable financial crimes. To all of his many victims and their families, we realize this gesture may not provide the consolation necessary to remove the pain and suffering you have been brought to bear, but we are hopeful it provides some sense of relief, and we remain committed to achieve justice for all victims of inexcusable financial crimes.”
Since the early 1970s, BERNARD L. MADOFF (“MADOFF”) used his position as Chairman of BLMIS, the investment advisory business he founded, to steal billions from his clients.  On March 12, 2009, MADOFF pled guilty to 11 federal felonies, admitting that he had turned his wealth management business into the world’s largest Ponzi scheme, benefitting himself, his family, and select members of his inner circle. On June 29, 2009, United States District Judge Denny Chin sentenced MADOFF to 150 years in prison for running the largest fraudulent scheme in history. Judge Chin ordered MADOFF to forfeit $170,799,000,000 as part of MADOFF’s sentence.
The Madoff Victim Fund is funded through recoveries by the U.S. Attorney’s Office in various criminal and civil forfeiture actions, and is overseen by Richard Breeden, the former Chairman of the United States Securities and Exchange Commission, in his capacity as Special Master appointed by the Department of Justice to assist in connection with the victim remission proceedings.
Of the approximately $4.05 billion that will be made available to victims through the Madoff Victim Fund, approximately $2.2 billion was collected as part of the civil forfeiture recovery from the estate of deceased MADOFF investor Jeffry Picower. An additional $1.7 billion was collected as part of a Deferred Prosecution Agreement with JPMorgan Chase Bank N.A. for MADOFF-related Bank Secrecy Act violations. Additional funds were collected through criminal and civil forfeiture actions against MADOFF and his co-conspirators, and certain MADOFF investors.
Mr. Berman praised the work of the FBI and the Madoff Victim Fund, and thanked the Money Laundering and Asset Recovery Section of the Department of Justice’s Criminal Division for their assistance.
For more information about the Madoff Victim Fund, compensation to victims of BLMIS, eligibility criteria, and payment information, please visit www.madoffvictimfund.com (link is external).
The case is being handled by the Office’s Money Laundering and Asset Forfeiture Unit.  Assistant United States Attorneys Jonathan Cohen, Louis A. Pellegrino, and Niketh Velamoor are in charge of the case.