Long Island Towns are making plans to collect tax payments while encouraging New York State to allow a delay in payments until August. 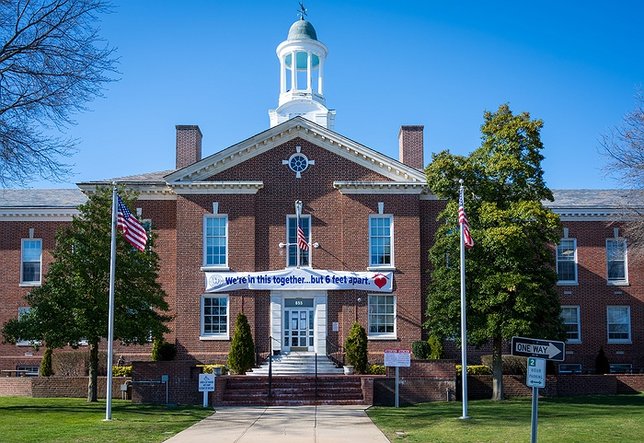 Riverhead Town has already posted that second half property tax payments are still due in May with the disclaimer that “to date an extension has not been issued by the NYS Governor.”

In a step to help its residents, Oyster Bay announced that their eCheck processing vendor agreed to reduce the fee charged for online property tax payments. Any payments made in the next 60 days will be 75 cents instead of the usual $6 since the town offices are not taking in-person payments.

Islip and Huntington Towns have also both stated that they are banding with others to voice their concerns and ask for an executive order to delay property tax payments until August.

“To provide further relief, we have also urged the Governor to issue an Executive Order to extend the tax collection deadline for payment of school taxes for a 30-day period,” said Oyster Bay Receiver of Taxes Jeffrey Pravato in a statement.

Islip town posted a statement that it joined with other towns to urge Governor Andrew Cuomo to allow residents to pay up to August 1 without penalty and interest for the second half payment only.

“Numerous residents have contacted our offices inquiring about extending this tax payment date, similar to the extension granted in payment of Federal and State income taxes that has been put in place,” said Islip Supervisor Angie Carpenter in a statement.

Carpenter said belaying payments might help those who are in economic and health distress.

“As more and more residents lose income during this health and financial crisis, allowing taxpayers additional time to pay their second half taxes can mean the difference between solvency and extreme hardship for so many,” she said.

As of now, second half taxes will still be due on or before May 31. Towns collect property taxes, but say that they can’t issue an order to postpone payments.

Real property tax payment deadline is scheduled for May 10, 2020 in Nassau County and May 31, 2020 in Suffolk County.

“We are in a state of emergency, where numerous business are required to close and companies are required to reduce their in office workforce by 100%,” the letter read. “Therefore, impacted residents and businesses will face difficulty paying real property taxes by the May deadlines.”

The letter dated April 7, called for at least a 21 day extension along with the ability to make partial payments, without penalty, which they said will “save businesses, reduce family pressure, and ensure economic development projects move forward.”

Huntington Supervisor Chad Lupinacci added his voice saying that he requested an executive order from the governor and the county executive in March.

In a statement Huntington Town said that residents have asked about an extension.

“The Town of Huntington cannot take this matter into its own hands without intervention by New York State and Suffolk County,” the Town said in its statement.

As of Friday, Huntington Town said it did not get an answer to its request.

Islip Supervisor Carpenter also expressed her town’s inability to do much about the tax deadline without intervention.

“The Islip Town Board has requested such an executive order to allow our residents this much-needed relief, and hope that our plea is heard,” said Carpenter.