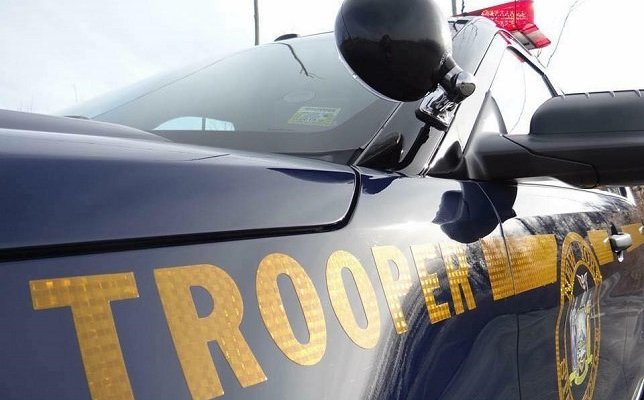 Governor Andrew M. Cuomo announced that the NYS Police issued more than 15,000 tickets during this year’s Operation Hang Up.

Albany, NY - April 17, 2017 - Governor Andrew M. Cuomo today announced that the New York State Police issued more than 15,000 tickets during this year’s Operation Hang Up traffic enforcement period, which targets those who use electronic devices while driving. This year’s campaign ran from April 6 through April 10, as part of National Distracted Driving Awareness Month.
"Distracted driving too often leads to avoidable tragedies, which is why this administration has zero tolerance for this illegal and dangerous behavior," Governor Cuomo said. "I commend State Police and local law enforcement for their continued vigilance against reckless driving and tireless work to keep our roadways and highways across New York safe."
State Troopers issued a total of 15,104 tickets during the campaign, including 2,005 for distracted driving, 4,487 for speeding, 148 for move over law and 596 for seat belt violations. Troopers also arrested 206 people for DWI and investigated 129 personal injury crashes, which resulted in one fatality and 171 people injured.
Troopers used both marked State Police vehicles and Concealed Identity Traffic Enforcement vehicles as part of this crackdown in order to more easily identify motorists who are violating the law. CITE vehicles allow the Trooper to better observe driving violations. These vehicles blend in with every day traffic but are unmistakable as emergency vehicles once the emergency lighting is activated.
This campaign was funded by the Governor’s Traffic Safety Committee.
State Police Superintendent George P. Beach II said, "Traffic safety is a mission priority for our Troopers, and we are out on the roads each and every day to ensure the safety of all motorists. Distracted driving is just as dangerous as speeding or impaired driving, and is a leading cause of motor vehicle crashes. Every driver should know that we will not tolerate this behavior, and you will be ticketed if you are caught using a handheld electronic device while driving."
Terri Egan, GTSC Acting Chair and DMV Executive Deputy Commissioner, said, "We’re grateful to our State Troopers and to local law enforcement for their role in making sure our roads are safe for all New Yorkers. It only takes a moment of distraction to cause a crash that could prove fatal. It is simply not worth it. Wait until you get to a safe place, stop your car and then send that message or make that call."
During the April 2016 Operation Hang Up campaign, State Police issued more than 18,000 tickets, including more than 2,000 tickets for distracted driving. The tickets written were a combination of talking on a cell phone without a hands free device, texting, or using an electronic device while driving.
Here are the campaign results broken down by Troop: 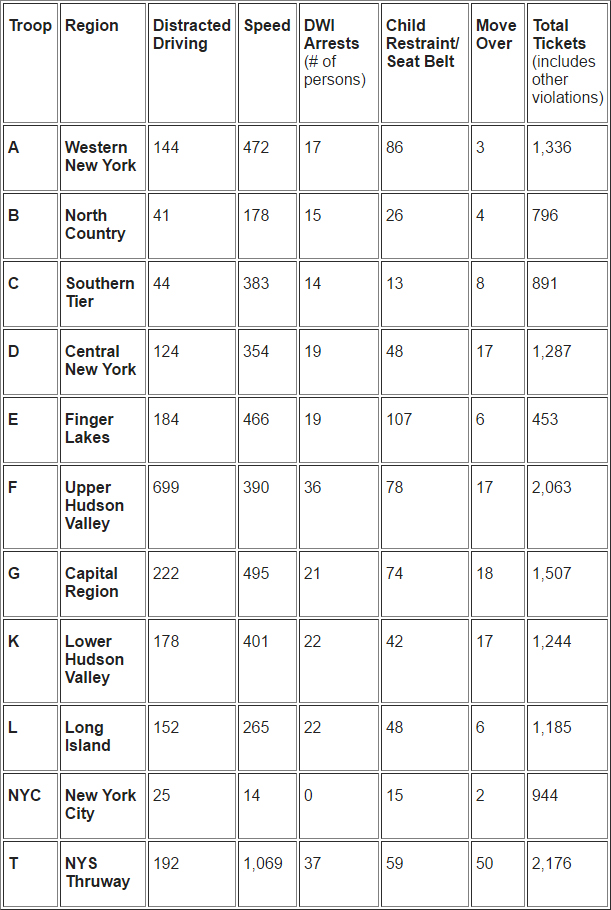