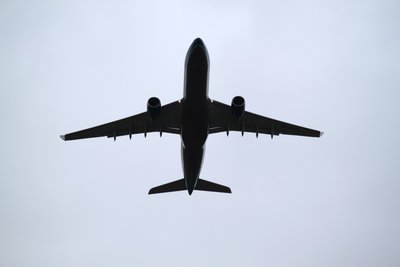 “PenAir is an exceptional airline with an exemplary track record and brings a corporate culture to MacArthur airport that ensures the flying public is receiving the quality choices that they have asked of their Town for far too long,” Supervisor Tom Croci said. “We welcome the long-awaited return of service from MacArthur to Boston and proudly welcome PenAir to Long Island.”

PenAir Chief Operating Officer Dave Hall began discussions with Town officials last year on the possibility of serving MacArthur from Boston. “MacArthur to our new hub at Boston is an under-served market that is perfect for a 34-seat aircraft. Our plan is to start with two daily round-trips and add additional flights as the demand builds,” said Hall.

PenAir, the Spirit of Alaska, will offer two daily departures at 8:40 a.m. and 7:10 p.m. and two daily arrivals at 8:10 a.m. and 6:40 p.m. Airport officials hope that PenAir flights will appeal to both business and leisure travelers with same day service citing that MacArthur is a solid match for the market that the 58-year- old company was seeking.

With its solid roots at its base in Anchorage, Alaska, PenAir branched out in 2012 to the East Coast serving routes from Boston to Presque Isle, Maine, Bar Harbor, Maine and Plattsburgh, New York and currently offers 45 flights per week in the East Coast region.

Town officials believe that PenAir’s choice of the reliable 34-seat Saab 340, is perfect for a Long Island operation which is a short flight to PenAir’s East Coast base in Boston. A recent Stony Brook University poll of Long Island corporate travel managers, which was commissioned by Islip Town, revealed Boston as a primary destination for Long Island executives.

According to COO Dave Hall, “PenAir saw opportunity to capture some of the Long Island market with customers who have had to travel to the NYC area airports to get to Boston. We’ll offer an attractive introductory fare of $119 each way to create awareness among Long Island residents of our new service.”
Boston, one of America’s top economic and cultural tourist destinations attracts over twelve million visitors every year. Town officials hope that PenAir’s introduction of service this summer, will present tourism opportunities for Bostonians to Long Island’s rich tourism industry.

“We are extremely excited about this venture and are looking forward to a long relationship with a growth-minded corporation,” Croci stated. “This is a big step forward for Long Island MacArthur Airport and Town Council members Trish Bergin Weichbrodt, Steve Flotteron, John Cochrane, and Anthony Senft should be commended for their commitment to MacArthur as evidenced in their approval of last year’s incentive program which has made it possible for an airline like PenAir to be competitive in the New York market.”

In July 2012, Islip officials approved a new Air Service Development Incentive Program aimed at attracting new carriers and increasing service by incumbent carriers, by offering several options to airlines including waiving of landing fees and some rental charges, and a Town commitment to support the carriers marketing and advertising initiatives up to $100,000. US Airways took advantage of the program when it successfully introduced new service to Reagan National Airport from MacArthur.
PenAir is known throughout the aviation industry for its leadership in aviation safety with its fleet of 13 passenger and two cargo aircraft.
The Islip Town Board will vote on the Airline Use Agreement at its April 2nd Town Board meeting.

ABOUT LONG ISLAND MACARTHUR AIRPORT
The Town of Islip owns and operates Long Island MacArthur Airport, located in Ronkonkoma, 60 miles outside New York City. Nearly 1.4 million passengers traveled through MacArthur Airport last year, making it one of the top 90 airports in the United States. MacArthur Airport is home to several commercial airlines with direct flights to nine destinations and 43 one-stop flights to locations including, Aruba, the Bahamas, Cancun, Montego Bay, Punta Cana and San Juan. MacArthur’s rich military history began in 1942, four months after the bombing of Pearl Harbor and, for the past 81 years has seen tremendous growth and expansion benefitting Long Island’s aviation sector and the traveling public. Visit www.flylima.com.

ABOUT PENAIR
PenAir is one of the largest regional airlines in Alaska and one of the largest operators of Saab 340 aircraft in the United States. Operations began in a remote village of Alaska in 1955 with a 2-seater Taylorcraft aircraft. PenAir now operates 15 Saab 30-passenger aircraft, and employs over 430 people in the state of Alaska and on the East Coast. The airline is a codeshare partner with Alaska Airlines and has electronic ticketing agreements with Alaska, Delta, USAir, United and several other carriers. For more information, including flight schedules and fares, visit www.penair.com.