Acting Nassau County District Attorney Madeline Singas announced that the owner of an Oceanside kickboxing gym was sentenced today for using his clients’ personal financial information to steal thousands in merchandise from Home Depot, and ... 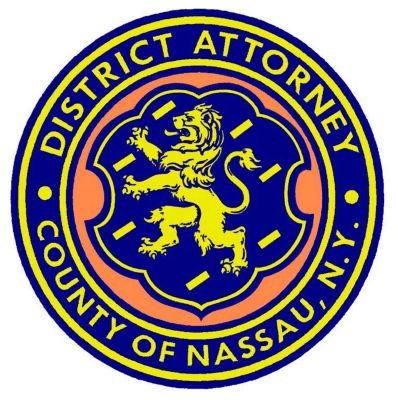 Mineola, NY - April 10, 2015 - Acting Nassau County District Attorney Madeline Singas announced that the owner of an Oceanside kickboxing gym was sentenced today for using his clients’ personal financial information to steal thousands in merchandise from Home Depot, and for possessing a loaded firearm found in his home.
Thomas Donovan, 39, was sentenced today to three years in prison and three years of post-release supervision by Acting Nassau Supreme Court Justice Jerald Carter, who ordered restitution to The Home Depot in the amount of $17,719.27 and to Cousins Metals Industries, Inc. in the amount of $690.50.
Donovan pleaded guilty in February to Attempted Criminal Possession of a Weapon in the 2nd Degree (a D violent felony) and Grand Larceny in the 3rd Degree (a D felony).
“With this sentence, Mr. Donovan will be held accountable for abusing the trust of his customers by using their personal financial information to steal,” Acting DA Singas said. “My office will continue our efforts to combat this growing sector of financial crime to protect consumers and businesses.”
Acting DA Singas said that between Nov. 17 and Dec. 9, 2014, Donovan, as the owner of 5 Star Kickboxing in Oceanside, previously known as KOXO Kickboxing, engaged in a scheme to fraudulently obtain property from Home Depot by using credit card information of individuals who signed up for fitness classes at his gym.
On multiple dates, Donovan acted in concert with another individual, who would visit various Home Depot locations in Nassau and Suffolk Counties to select various items for purchase, bring them to the Pro Desk, and supply the cashier with the name and phone number of a fictitious contractor.
Home Depot employees would then call the telephone number to obtain credit card information for payment. Donovan would answer the phone, assume the identity of that fictitious contractor and supply, as payment, credit card account numbers, security codes and expiration dates without the permission or authority of the cardholder.
The credit card information used to pay for the Home Depot merchandise was obtained by Donovan from clients of his kickboxing gym.
As part of the scheme, Donovan scrapped stolen wire for $690.50 with an Oceanside scrap metal recycler. The wire was later seized from the recycler by police as stolen property.
During the investigation, eight search warrants were issued and executed at the defendant’s home, business, and vehicles. The defendant was found to be in possession of a loaded .25 caliber pistol as well as thousands of dollars of Home Depot merchandise.
Donovan was arrested by the Nassau County Police Department Crimes Against Property Squad on Dec. 9 at his Island Park home.
Members of 5 Star Kickboxing, or Donovan’s previous business, KOXO Kickboxing, who suspect unauthorized charges to their credit card accounts should contact Acting DA Singas’ Tipline for Crimes in Nassau County at (516) 571-7755.
Assistant District Attorneys Matthew Sotirhos and Whitney Matthews of Acting DA Singas’ Economic Crimes Bureau are prosecuting the case. Donovan is represented by Michael DerGarabedian, Esq.