Suffolk Police arrested a drunk driver without a license, and the NCPD caught ten people selling alcohol to minors. 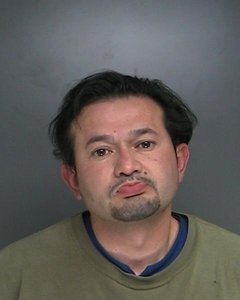 A Bay Shore man was arrested on Sunrise Highway yesterday after driving through a red light around 3 AM. After pulling 40-year-old Jose Garcia over police discovered that he was not only intoxicated, but had already previously been convicted of a similar crime.

Garcia was in violation of a court order requiring him to use an ignition interlock device before driving any vehicle, and evidently was also no longer licensed to drive. The officers arrested him at the scene, and charged Garcia with a felony DWI, felony Aggravated Unlicensed Operation of a Motor Vehicle, and Operating a Vehicle without an Ignition Interlock Device.

In an unrelated effort, Nassau and Hempstead police arrested ten individuals the night prior to Garcia’s arrest for selling alcohol to minors.

The arrests were part of Nassau’s Project 21 initiative which targets those selling alcohol and tobacco to underage customers. With the assistance of an underage agent, police were able to find and arrest ten people for selling to a minor.

Enrique Estevez, 38, Alie Sertel, 41, and Julio Rodriguez, 51, were all arrested along various points of Fulton Avenue in Hempstead for selling to a minor. Pervaiz A. Chaudhry, 55, Bobby Singh, 36, and Marvin Calero, 41, were arrested on Clinton Street; David Taveras, 29, and Miguel Estevez, 54, were arrested at stores on Main Street. Lesbin J. Lopez-Calix, 25, and Reeinberto Rivera, 64, were placed under arrest at other locations in Hempstead.

All ten defendants were released with appearance tickets and will stand before the First District Court in Hempstead on Wednesday, May 7.